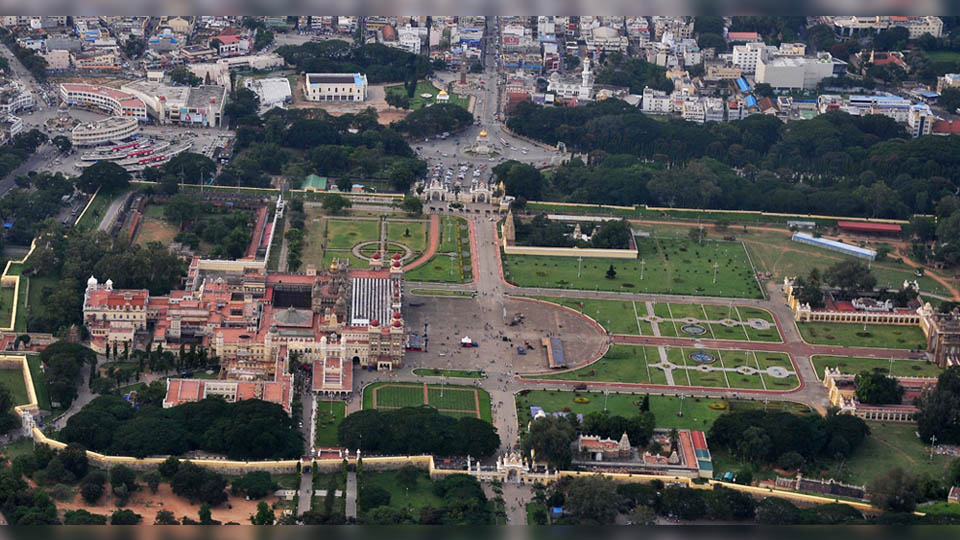 Mysuru city, identified by its earlier name Mysore that endured for more than a century, has witnessed a change not only in its name but also its profile, a change that is not exactly in line with the Winston Churchill quote, “To improve is to change; to be perfect is to change often.” Many old timers of Bengaluru may agree with his another quote, “If you are going through hell, Keep going,” given the pitiable plight of its residents. Not too long ago Bengalureans, particularly its high-brow citizens, used to ridicule the then Mysore as a village of slow pace life and its residents as folk with a laidback outlook. It is the same well-heeled Bengalureans who are cursing themselves for reasons not far to seek, the most obvious reason being its unbearable congestion, luring them to rush to the city (Mysuru) that was at the butt of ridicule a while ago. Mysureans have begun to cite the example of Bengaluru with the wish and hope that their city will not go the way of the only metropolis of Karnataka.

The number of cities in the country is presently counted is thousands and the number of villages in lakhs. Call it a conjecture or what you like, before long, their numbers are heading to be interchanged on the basis of the urbanites outnumbering the rustics. Nothing worse than that can be imagined for the country and its diaspora to happen.

The lure of living in an ambience of glitz and glamour that has resulted in the people to take residence in cities has waned, given the voices of the citizens of many choked cities such as New Delhi and Bengaluru to get away, but clueless on where to go. Their dilemma is centred on the question of their daily bread and butter that urbanites are just managing to have for now. With the supply of life’s essentials raised in the villages outstripping their need and demand by urbanites, the air is abuzz with worries of inflation first and scarcity next. The question of the limit to the headcount of any city translates to that of the limit to the country’s total headcount, which defies debate. The current annual addition of more than one crore to the existing population takes one to the dead-end point in that debate.

The report in a section of the Press this week on the issue of decongesting the cities is gratifying. The top brass in the Union government has turned its attention to address the problems bugging the major cities of the country. But, the country has limited options in avoiding the emergence of more cities and more residents in each city, with the villages charming the people no longer.