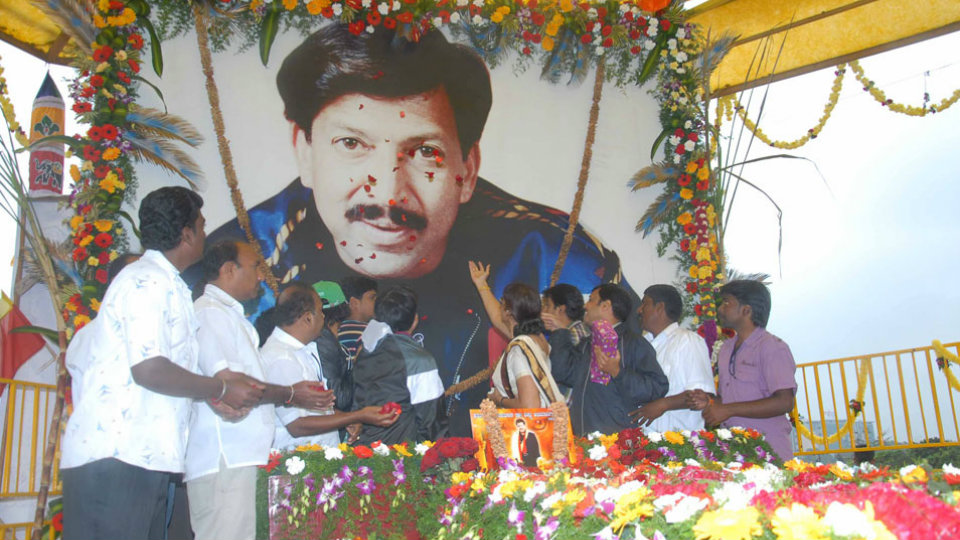 The 3rd JMFC Court has ordered a temporary injunction against proposed Memorial being constructed in memory of Actor Dr. Vishnuvardhan after two persons went on an appeal claiming to be in possession of the land.

The works on construction of the Memorial had begun on Dec. 6 after the late actor’s wife Bharathi Vishuvardhan performed the gudli puja and other rituals.

Though the Foundation stone had to be laid by the Chief Minister Siddharamaiah on Dec. 5, 2016 it had to be postponed as one-day nation-wide mourning was observed owing to Tamil Nadu CM Jayalalithaa’s death.

State Government decided to construct Dr. Vishnuvardhan’s Memorial in Mysuru after facing several legal tangles in Bengaluru. The Government sanctioned 5 acre land on Survey No. 8 at Alalu village near Udboor Gate where the construction of the Memorial in underway.

Two persons moved the JMFC Court against the construction of the Memorial claiming that the land was in their possession. The Court took up the matter and ordered temporary injunction.

Meanwhile, speaking to Star of Mysore, Tahsildar C. Ramesh Babu said that the land allotted to Vishnu Memorial belonged to the State Government and added that they had filed an appeal for vacating the temporary injunction submitting relevant documents.