Home » News » Court sends cattle smuggler to work in Pinjarapole for a day! 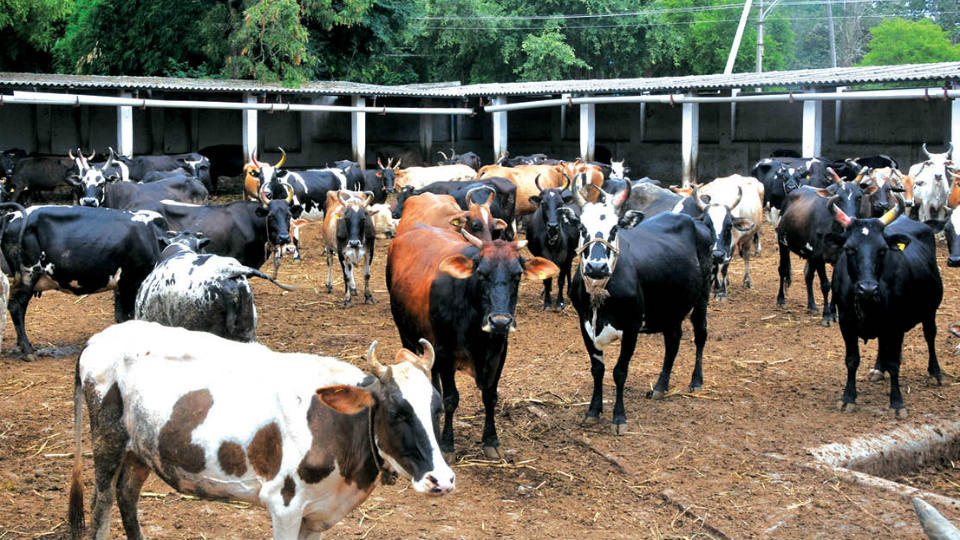 Court sends cattle smuggler to work in Pinjarapole for a day!

Mysuru: A person, who was caught smuggling cattle, was ordered by a Court to work in Pinjarapole Society for a day as punishment.

Mukhtar Ulla Khan is the accused who was arrested by Bellur Police on charges of smuggling cattle on June 30 and was produced before JMFC Court where Judge Balachandra Bhat ordered Khan to be sent to Pinjarapole Society in Mysuru to work for a day as punishment.

The Judge stated that the punishment was given to change the mindset of Khan.

Devaraj, supervisor at the Pinjarapole Society here, told SOM that it was for the first time that a Court had ordered such a punishment.

He said that Khan was brought to Pinjarapole by the Police, where he cleaned the cattle shelters and fed fodder to the cattle.

A letter stating that he had worked in Pinjarapole for a day was given before the Police, accompanying him, took him back.