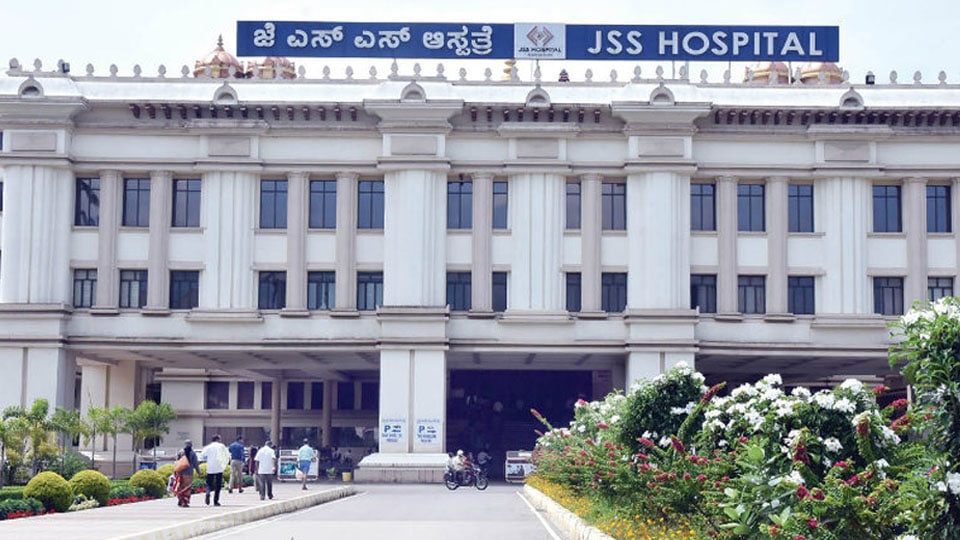 Mysore/Mysuru: The clinical trial of COVID-19 vaccine — Covishield — developed by the University of Oxford and manufactured at the Pune-based Serum Institute of India (SII), which began at JSS Hospital here in August, has completed the Phase II and the analysing process is going on.

Five volunteers, who had enrolled for the Phase II trial of Covishield vaccine at JSS Hospital, had received their first doses intramuscularly as part of Phase II human trials on Aug. 29. Doctors had administered the vaccine to the volunteers after a detailed investigation  and monitoring.

Now, Phase III of Covishield clinical trial has begun and enrolment of volunteers has started in a large scale, said Director of JSS Hospital and Head of COVID-19 Testing Laboratory Col. (Retd) Dayanand                           this morning.

For Phase II, five volunteers had enrolled themselves for the trial after the doses were received from Serum Institute of India. Before administering the vaccine, the doctors had checked their temperature, blood pressure and heart beats. Also, the vitals of the two volunteers were observed after the vaccine jab on their  arm muscles.

Covishield is the third vaccine to enter human trials in the country, after Bharat Biotech’s Covaxin and Zydus Cadila’s ZyCoV-D began tests in July. The vaccine, developed by Jenner Institute of Oxford University, was launched under the brand name ‘Covishield’ in India. The Serum Institute has tied up with British-Swedish pharmaceutical firm AstraZeneca to produce 1 billion doses of the vaccine in the country.

Sources said that volunteers would be observed for any reaction to the vaccine and also for the generation of antibodies against Coronavirus. After ensuring that there are no safety concerns in 100 trials, 1,500 people would be administered the (potential) vaccine across the country in the next phase and generation of antibodies will be observed. If the results are positive, the vaccine is likely to be made available.

If the required data of the trials is obtained by December 2020, some good news can be expected from January 2021.