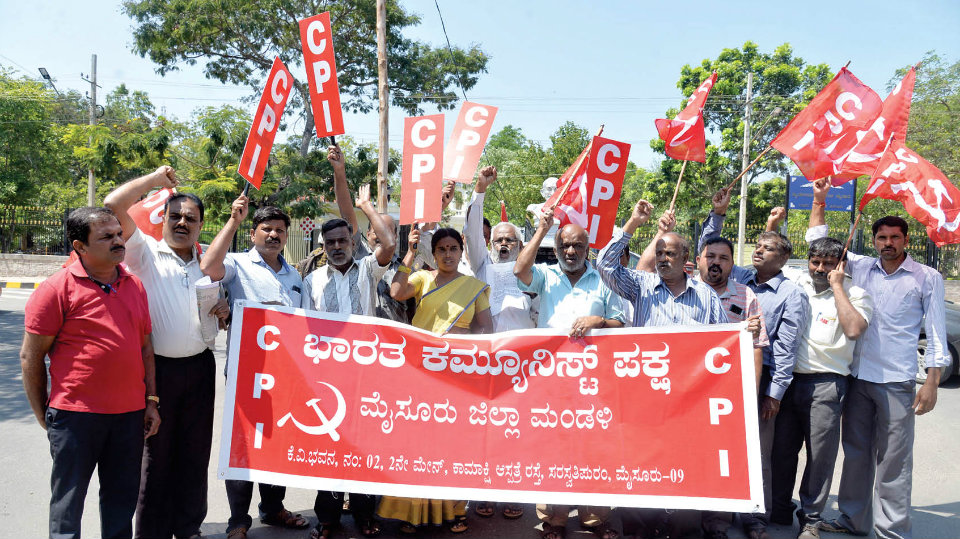 Mysuru: Accusing the NDA Government of favouring Reliance defence while ignoring the public sector HAL in the Rafale jet deal, nearly 50 members of the Communist Party of   India (CPI) staged a demonstration in front of Mahatma Gandhi’s bust opposite the city Law Courts Complex here this morning.

Strongly objecting to the NDA Government’s defence sector privatisation plans, the protesters demanded constitution of a Parliamentary Panel to probe the Rafale deal.

CPI office-bearers H.B. Ramakrishna, Basavaraj and others took part in the protest.