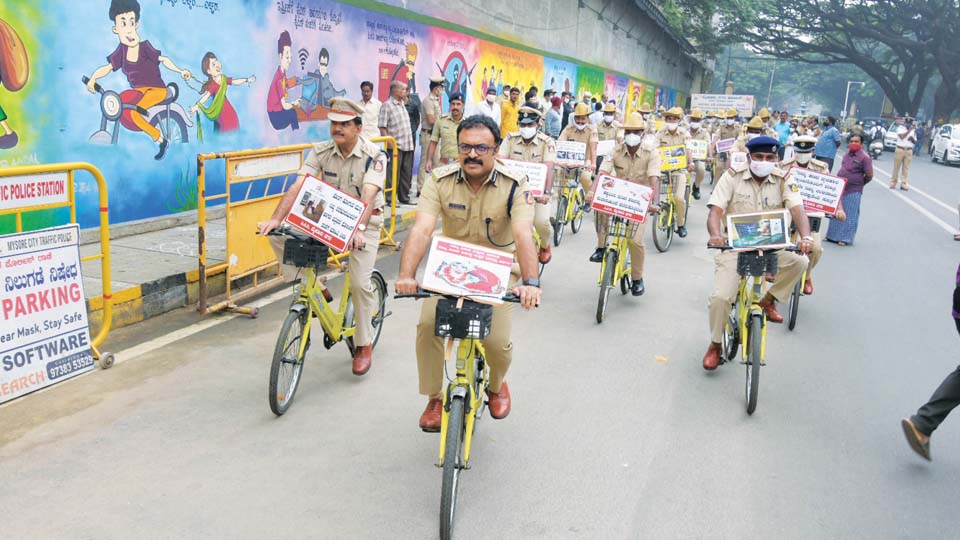 Mysore/Mysuru: As part of Crime Prevention Month, the City Crime Branch (CCB)Police took out a cycle rally in the city this morning in order to create public awareness on crime prevention.

Dr. Chandragupta also unveiled paintings on the City Central Library building along Irwin Road, which featured slogans such as ‘Do not tolerate Rowdyism’, ‘Inform the Police about any unlawful activities’, ‘Do not indulge in Betting and lose money’ and the like. The paintings were drawn by the city’s CAVA students.