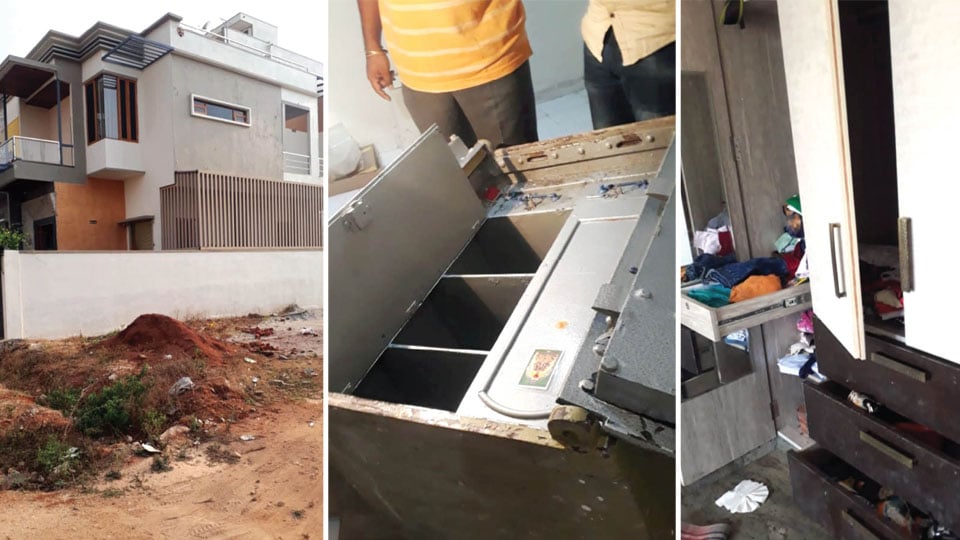 Mysuru: The Vijayanagar Police are looking for vital clues and are making serious efforts to trace the burglars who looted the palatial house of a doctor at Vijayanagar. The Police are screening the suspects as it has now emerged that only persons in the know of cash and valuables kept in the house could have committed the burglary or they would have tipped off the thieves.

The burglary in the house of Dr. Rajiv, a chemotherapist at a private hospital in city, came to light on the morning of Apr. 11 when the doctor, who was away with his family, reported the incident to the Police. The family was away in Bengaluru when the theft took place and the family had switched off CCTV cameras before locking the house and leaving for Bengaluru.

Five kgs of gold, 30 imported watches and Rs. 11 lakh cash kept in two lockers were burgled and one of the lockers was under the bed. The Police are looking out for household workers, present maids and past workers who have worked in the house and have knowledge about the lockers.

Police sources said that the people who were involved in the making and design of the lockers too are being screened as they would have passed on the information to burglars. Thieves pried open the iron gate of the passage of the house and broke open the back door from where they gained entry into the house.

Burglars had entered the first floor of the house through the back door and broke open the two lockers that were in the two master bed rooms and made away with gold jewels, cash and imported watches, Police said.