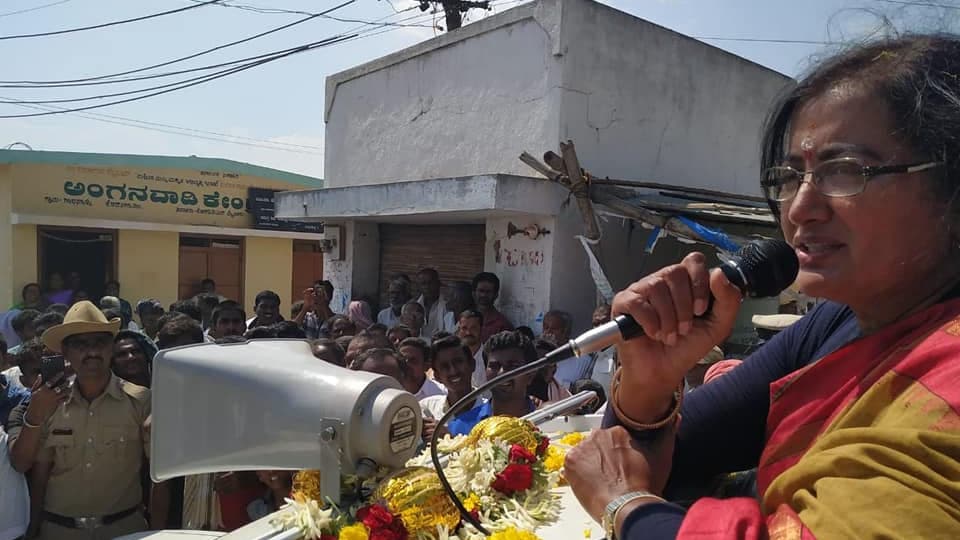 Mysuru: Independent candidate from Mandya Lok Sabha Constituency Sumalatha Ambarish has decided to lodge a complaint with Cyber Crime Police against some miscreants who have opened a Facebook account in her name and uploading wrong and false messages.

The fake Facebook page resembles the original one and the message, “No one has the rights to stop the flowing water. Let there be no differences between languages. The blood that flows in every body is red. Tamil farmers are like our farmers. Let us give them water that remains after we have used it…” in Tamil and Kannada languages has been allegedly uploaded in the page besides urging to vote for Sumalatha.

Sumalatha, who has mentioned the above in her original Facebook page, has stated as follows:

“Wrong messages are being circulated in Facebook after creating a Facebook page in my name. I have nothing to do with that Facebook page. I have instructed to lodge a complaint with the Cyber Crime Police. Those who cannot face me directly in the election are indulging in such activities. You have to give reply to all these.”