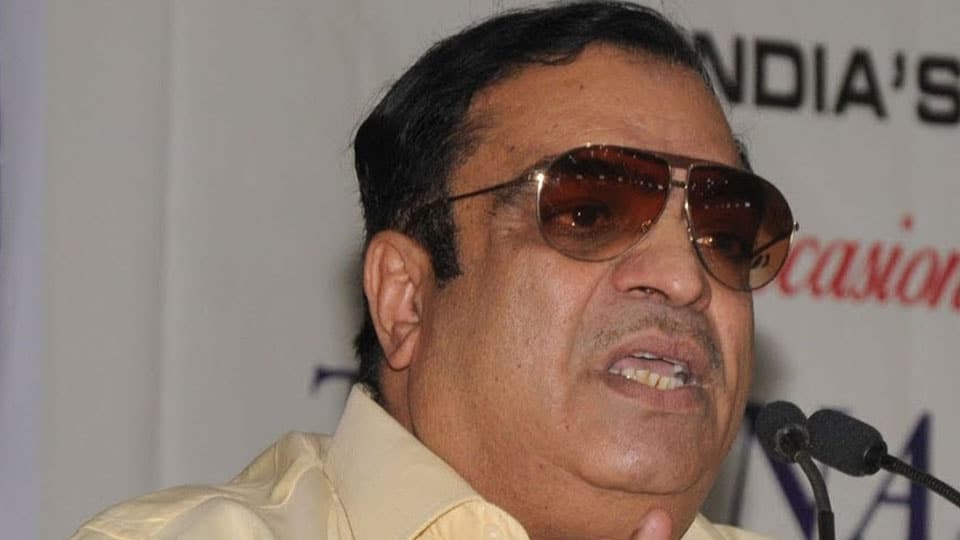 Mysuru: Questioning the BJP whether a strong Prime Minister meant a ‘Body Builder,’ Congress MLC and former Minister C.M. Ibrahim lashed out at the BJP saying that the country does not need a PM, who will most of the times be out of the country and who does not care for the plight of common people.

Addressing a press meet here on Sunday, Ibrahim said the BJP Government at the Centre had failed on all fronts and did not have a firm foreign policy.

Claiming that the UPA headed by Dr. Manmohan Singh ensured the security of the country, Ibrahim said that what the country needed today was leaders who take up social causes.

Defending family politics, Ibrahim wondered what was wrong if children of H.D. Deve Gowda, H.D. Kumaraswamy, Siddharamaiah and B.S. Yeddyurappa enter politics on their own capability and leadership.

Lashing out at MP and Mysuru-Kodagu LS seat BJP nominee Pratap Simha, he accused the MP of creating communal tension. Urging PM Modi to come out with the plot behind the Pulwama attack, he appealed the electorate to vote for coalition candidate C.H. Vijayashankar.

Hitting out at State BJP Chief B.S. Yeddyurappa for making relentless efforts to topple the Coalition Government, Ibrahim sarcastically said that as all previous attempts of the BJP to destabilise the Government had failed, it was better for the party to engage an agency for pursuing its ill-conceived moves.