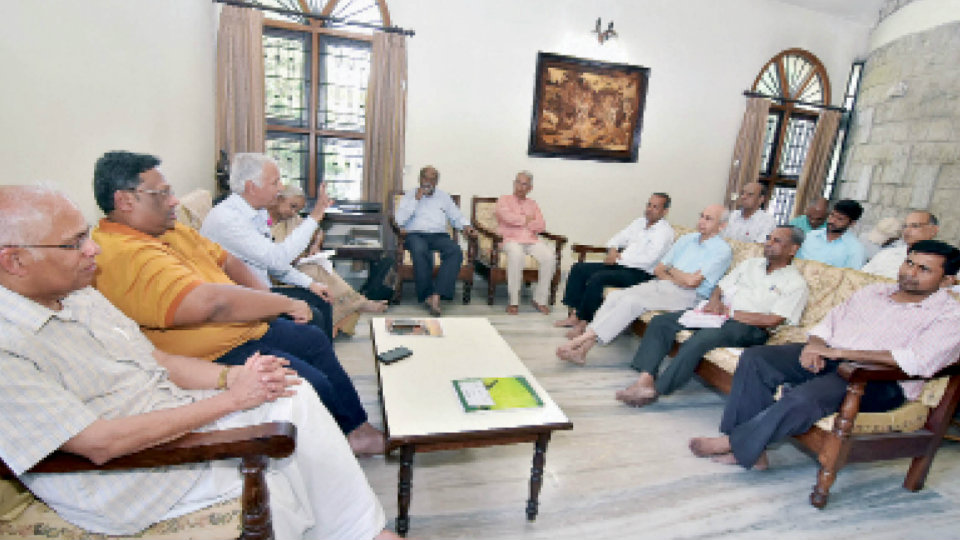 ‘Set up Ward Committees to respond to common man’s problems’

Mysuru: Setting up of Ward Committees in city is the best way to respond to common man’s problems, suggested social activist Vidyaranya. He was speaking at the monthly meeting organised by Mysore Grahakara Parishat (MGP) at its office premises in Yadavagiri here yesterday and said that under the Municipal Corporation Act, even though there is provision for setting up of Ward Committees, it has not been possible to do so till now.

In 2011 under NURM (National Urban Renewal Mission) just to get the grant it was shown that the Act had been implemented. However, according to the Act, even though efforts were made to form the Ward Committees, it did not prove fruitful. In 2008 when P. Manivannan was the Corporation Commissioner, he tried to implement it. But due to political pressure, he had to drop the idea, said Vidyaranya.

If Ward Committees are set up then development works can take place based on the local citizens’ views. It will also help to understand every issue. The Ward Committees will help fulfil people’s aspirations, he said.

Later, District SVEEP (Systematic Voters’ Education and Electoral Participation) Member Krishna gave information on the workings of the Election Commission, voter’s ID issues and how it can be resolved.

The problems that come up in the Wards will be brought to the notice of the MCC immediately by the Ward Committee members and then taking the opinion of the local people, suggestions will be given to MCC, he added.