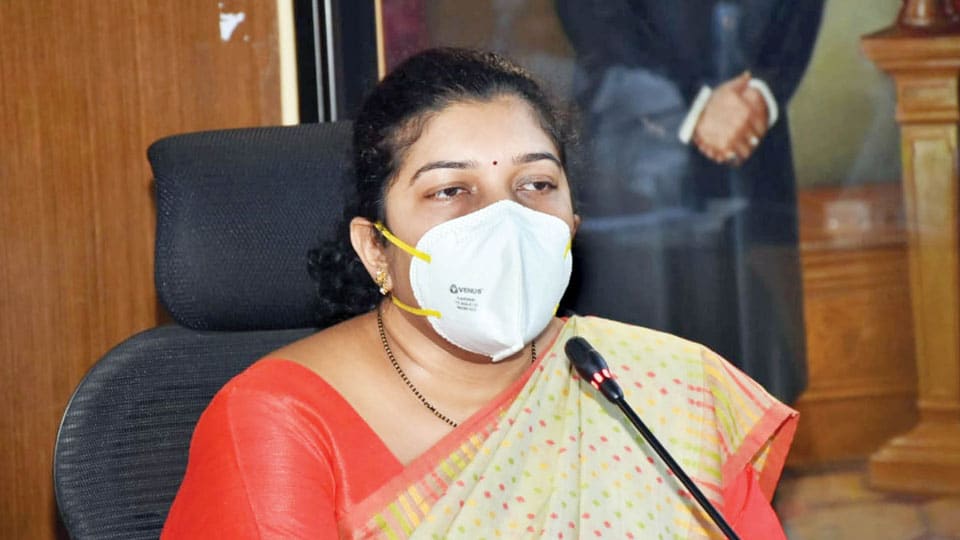 Mysore/Mysuru: Shilpa Nag, the former Commissioner of MCC, today said that she has decided to withdraw her resignation and report to duty as Director, e-Governance, the Department of Rural Development and Panchayat Raj, Bengaluru, tomorrow (Monday).

On Thursday, while talking to media, she had declared that she will tender resignation to the post of MCC Commissioner as well as to Indian Administration Service (IAS) and fight on the moral grounds against injustice being meted out to her by Deputy Commissioner (DC) Rohini Sindhuri, who also has been transferred now. Further, she had said that she was not going to withdraw her resignation at any cost.

Within two days, Shilpa not only changed her stand but also said she has decided not to pursue her resignation and will take charge in the new post. “There was a lot of pressure from the elected representatives, youths and the citizens to continue in the IAS since I had grouse against only an individual and not against the system. In fact, 99 percent of people are good. But only one percent of people made me unhappy. I am indebted to the people of Mysuru for taking care of me just like their daughter. It was a lifetime opportunity to work in the city like Mysuru which is known as a city of intellectuals.”

Without naming the DC while talking to reporters this morning after handing over the charge to her successor, she said once again trained the guns on her (Rohini Sindhuri) and accused her of witch hunting even after she put down the papers by putting an officer to spy on her. Notices have been served on her in last two days.

Even details of the achievements made by her (Shilpa) as part of COVID management had been fudged to tarnish her image as well of the MCC, she said.  The officers of MCC are knowledgeable and work on the field unlike those who sit in the air conditioned rooms and give directions. “The pain I underwent in the last four months made me to call press conference to announce my resignation to protest against the prevailing system in Mysuru, and also against those who are behind it. I have no regrets for whatever I spoke against her”, she added.