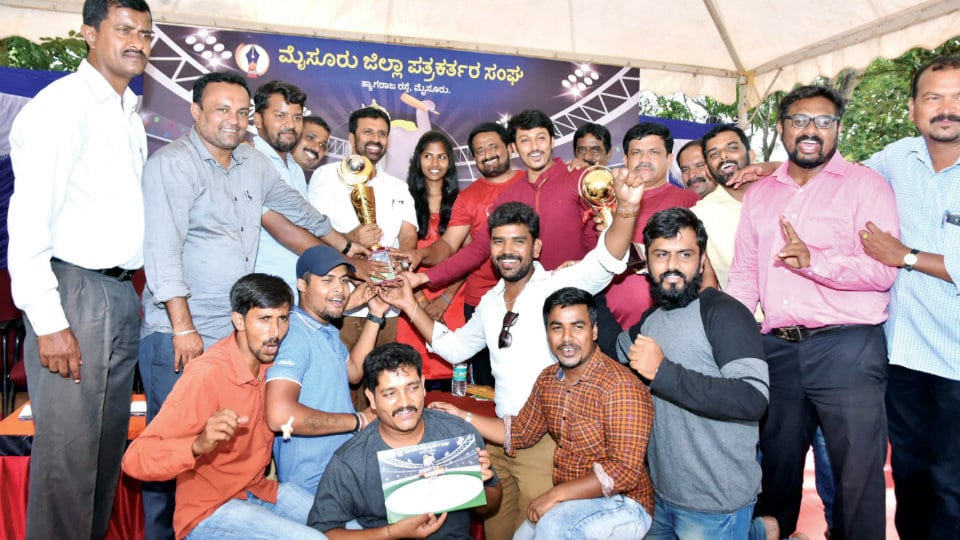 The two-day annual Sports Meet of Mysuru District Journalists Association (MDJA) drew to a close yesterday at the University of Mysore Hockey Grounds and prizes were distributed to the winners.

MLA L. Nagendra, speaking after distributing the prizes, said that just like the Police, journalists work for 365 days in a year and organising sports events for the journalists and their families has brought a lot of joy to everyone.

“Parents should encourage their children to participate in sports as much as they stress on education. When I was the Chairman of Mysuru Urban Development Authority (MUDA), I had sanctioned 100 houses for the sportspersons of which I am very happy,” he said.