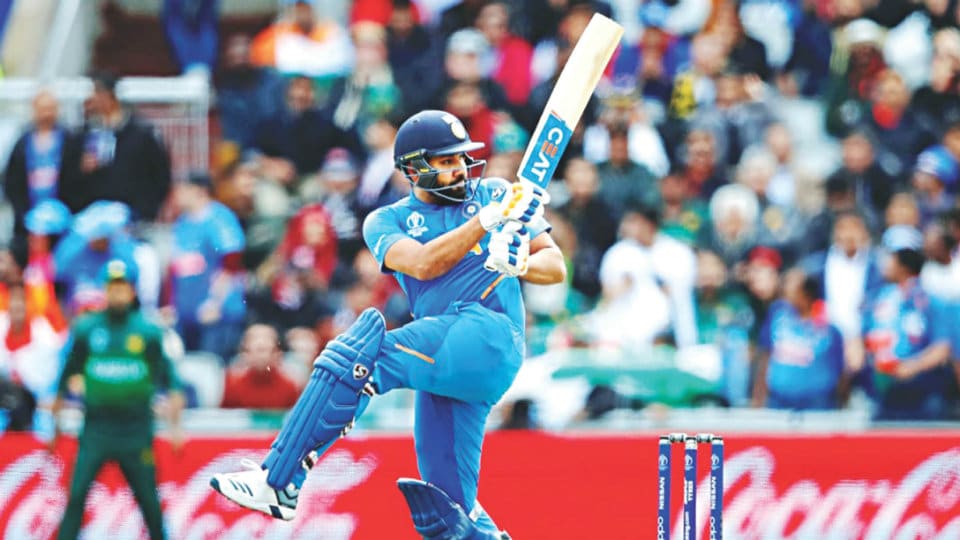 India continued their dominance over Pakistan in World Cup by registering a 89-run win (D/L method) in a rain-hit match in the ICC World Cup-2019 encounter played at Old Trafford.

Hardik Pandya (26, 19b, 2×4, 1×6) chipped in with some useful runs and India ended up scoring 336 for five in 50 overs. Pakistan’s fast bowler Mohammad Amir (3 for 47) was impressive. Pakistan came back in the fag end of the Indian innings and bowled well to restrict India.

After a brief stop for rain, play resumed in the fag end of the Indian innings. Pakistan were set a big total to register a win.

India began well with debutant Vijay Shankar claiming the wicket of opener Imam-ul-Haq (7) off his first ball and Pakistan were struggling at 13 for one.

The Indian spinners led by Kuldeep Yadav and Chahal bowled well to keep the Pakistan batsman under control and the required rate kept creeping up from seven to ten per over. Hafeez (9), skipper Sarfraz (12) and Shoaib Malik (0) departed in succession and Pakistan were in trouble at 165 for six.

Rohit Sharma was chosen as the Player of the Match.