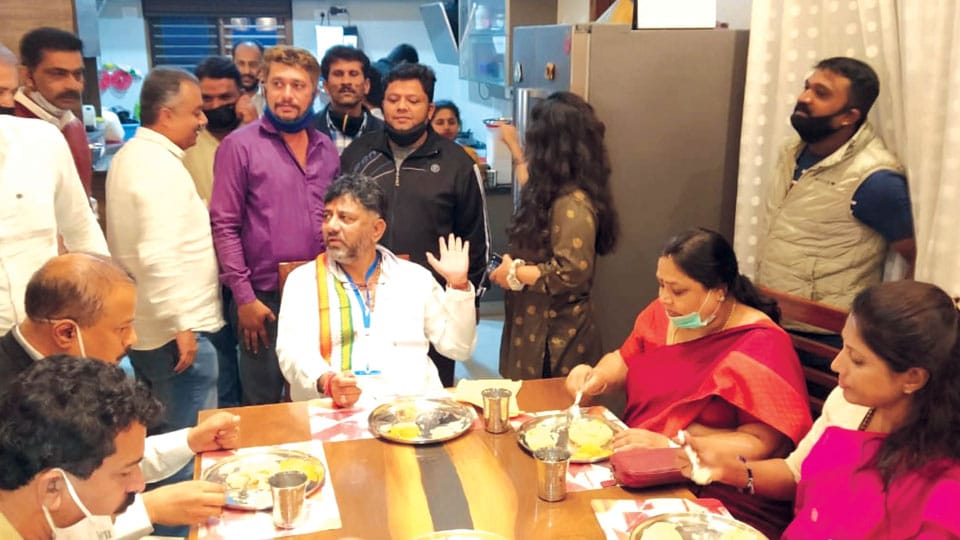 Kushalnagar: KPCC President D.K. Shivakumar has appealed to all political parties to forgo their differences and come together to find a solution to the recurring flood situation in Kodagu district. Speaking to media yesterday in Madikeri, Congress leader said, “Kodagu is known for its brave soldiers. River Cauvery is the lifeline of crores of people in the State. In recent years, Kodagu is witnessing floods and landslides triggered by heavy and incessant rains. We need to forget our differences and come together to tackle this situation. What we need now is a permanent solution to this issue.”

District in-Charge Minister V. Somanna said that Rs. 7 lakh compensation will be provided to each of the family members of Talacauvery temple priest.

On Wednesday night, five people, including the chief priest of Cauvery temple, were reported missing following a massive landslide in Talacauvery, the birthplace of River Cauvery near Bhagamandala. The body of the priest’s brother, Ananda Thirtha, has been recovered yesterday and the search operation is still on for other four missing members of the priest family.

Speaking to press persons, Somanna said, “Due to heavy downpour, the district has witnessed over 16 landslides so far and flood-like situation in over 52 places in Kodagu. Rescue operations are still on and as of now, over 578 people have been rescued. Over 649 people of 243 families have been rehabilitated in nine rehab centres which have been set up in different places of the district.”