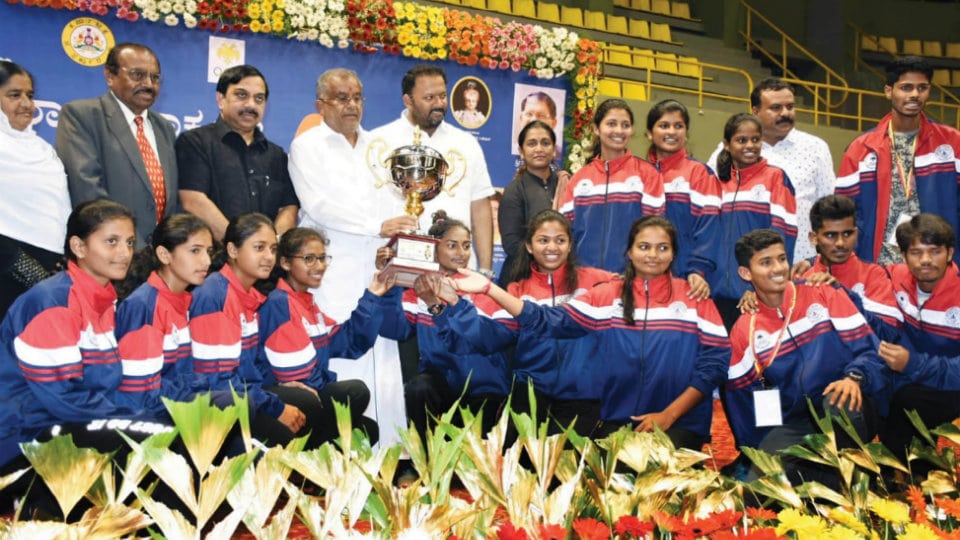 Inspiring performances by the men and women athletes on the concluding day helped Dakshina Kannada to clinch the coveted Overall Championship title in the athletics event with 135 points, in the Dasara Games CM Cup 2018, conducted jointly by the DYES, KOA and District Administration at the Chamundi Vihar Stadium here yesterday.

Bengaluru’s Shashikanth emerged as the fastest man of the meet by winning the 100m event in style by breasting the tape with a timing of 10.5s. He won the individual title in the men’s section (100m & 200m gold) with 965 points.

Reena George of Mysuru breasted the tape in the 100m event with a timing of 11.5s to clinch the gold and emerged as the fastest woman of the Meet. Reena George won the individual title in the women’s section (100m & 200m gold) with 106 points.

Prizes to the winners were given away by District in-Charge Minister G.T. Devegowda in the presence of KOA President K. Govindaraj, Nanjangud MLA B. Harshavardhan and others. 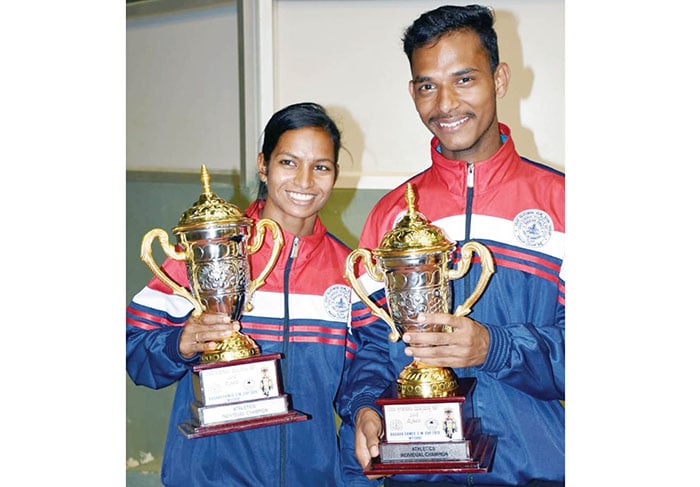 READ ALSO  Model Code of Conduct does not apply to Dasara festivities, clarifies