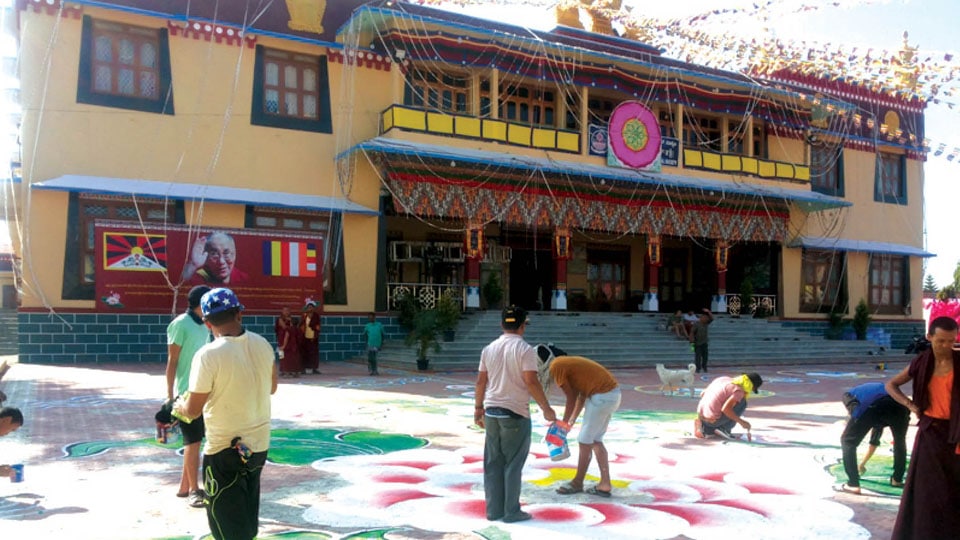 Dalai Lama on a five-day visit to Bylakuppe from tomorrow

Bylakuppe: Tibetan Spiritual leader and Nobel Peace Prize recipient, Dalai Lama will arrive at Bylakuppe tomorrow on a five-day visit to the Tibetan Settlement Camp here. Hence, Additional SP Rudramuni has requested Tibetans at Bylakuppe to collect their Identity Cards and co-operate with the Police.

Rudramuni was speaking at the preliminary meeting chaired by Tahsildar J. Mahesh at the Tibetan Settlement Lugsam Community Hall at Bylakuppe in which Tibetan brethren and various officials of the taluk participated.

Settlement Camps being spruced up

Hectic preparations are underway at every Tibetan Camps in Bylakuppe to welcome the Tibetan spiritual leader, who will be arriving tomorrow.

During his stay at Bylakuppe, the Dalai Lama will hold discussions with Scientists and will deliver discourses at Serajin Cultural Hall.

The Dalai Lama will leave Bylakuppe on Dec.23.

The Dalai Lama will inaugurate the Debating Hall and the Science Centre at Sera Mey Thoesam Norling Monastery at Sera Lama Camp in Bylakuppe on Dec.21 at 8.30 am.