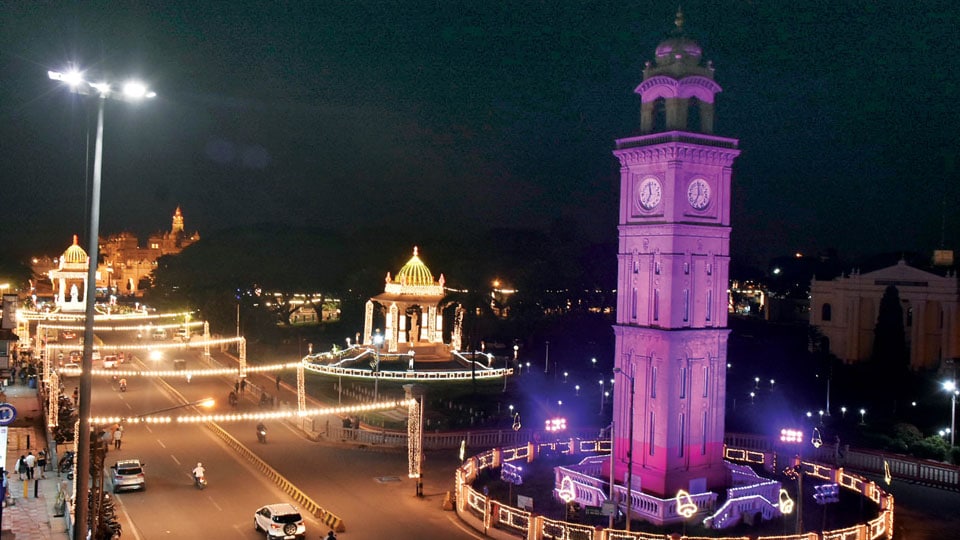 Mysore/Mysuru: City Police Commissioner Dr. Chandragupta, following a report from the Assistant Commissioner of Police (Traffic), has restricted movement of all types of vehicles (except vehicles of VIPs and VVIPs) on major city roads by creating one-ways and has also banned parking of vehicles on certain roads from Oct. 17 to 26 between 4 pm and 9.30 pm in city.

Vehicles are allowed to move in the anti-clock wise direction, by keeping Mysore Palace in the Centre. Movement of vehicles in the clock wise direction (except from Basaveshwara Circle towards East till Sri Shivarathri Rajendra Circle) is banned.

Vehicles can move in the clock wise direction by keeping the area around the above roads as the centre.

Movement of all vehicles on Kabir Road from Ashoka Road towards New Sayyaji Rao Road is banned.

3. Nehru Circle to B.N. Road Junction — Movement of vehicles from West to East is allowed; East to West no entry.

4. Chamaraja Double Road junction to Banumaiah Chowk — Movement of vehicles from South to North direction is allowed. Vehicular traffic from North to South is banned.

5. N. Madhurao Circle on Tyagaraja Road to Chamaraja Double Road Junction — Vehicular movement is allowed from South to North direction and movement of all types of vehicles from North to South is banned.