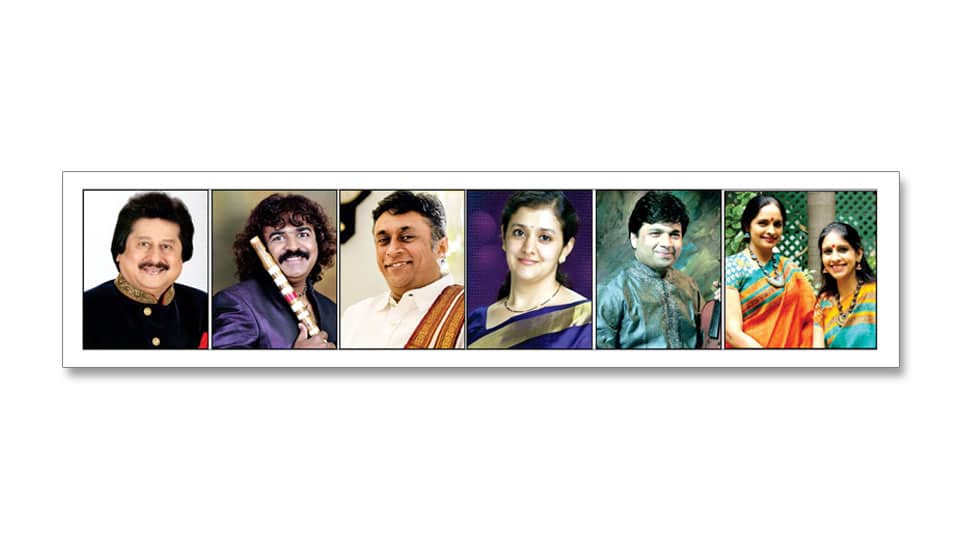 Mysuru: Come Dasara, the audience at the Mysore Palace will be treated with classical music and ghazals  by some of the best singers in the country.

Like every year, the District Administration in co-ordination with Dasara High Power Committee invites renowned artistes to perform in front of the Palace.

The first day of the event also marks the presentation of State Sangeetha Vidwan Award. The State Government is yet to announce the name of the recipient.

Sources said that the District Administration has already finalised the artistes to be invited to perform at the Palace. This year, the programme will feature renowned ghazal singer Pankaj Udhas, classical vocalist Sanjay Subrahmanyan, violinist Kumaresh, who will be performing jugalbandi with the famous flutist Pravin Godkhindi.

Singer Archana Udupa, one of the judges of ‘Kannada Kogile’ Reality Show, will also mesmerise the audience with her vocals. For the classical music enthusiasts, a concert by Sisters Ranjani – Gayatri, who are Karnatak vocalists and violinists, is sure to take them on a nostalgic journey. Meanwhile, sources said that singer Anup Jalota, known as the ‘Bhajan Samrat’ has been approached by the authorities but the singer is yet to confirm.

Another famous classical vocalist and playback singer K.J. Yesudas has also been approached to perform at the Palace. Final list will be placed before District Minister for approval.