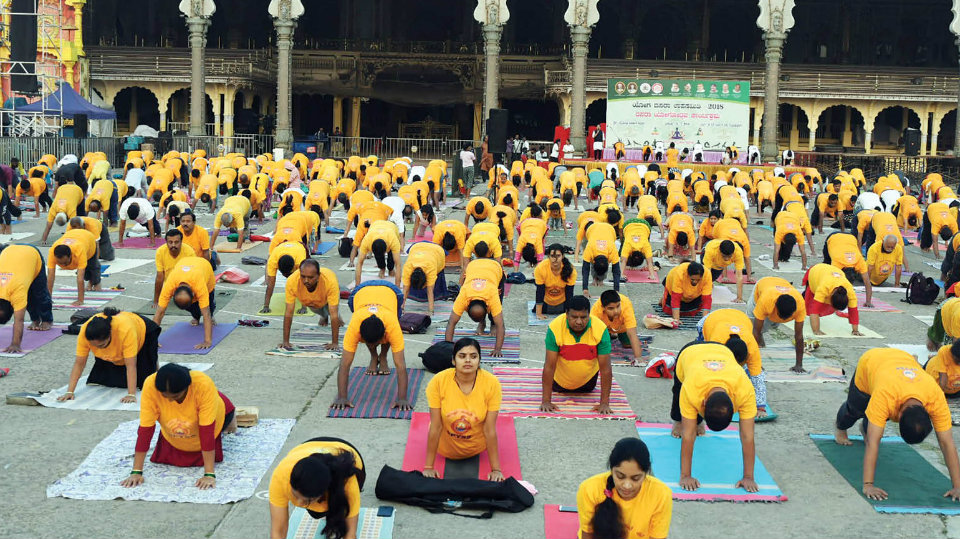 Hundreds of yoga enthusiasts dotted the sprawling Mysore Palace premises as they took part in the Dasara Yogothsava organised by Yoga Dasara Sub-Committee as part of Dasara festivities early this morning.

District Minister G.T. Devegowda and Tourism Minister S.R. Mahesh too joined hundreds of yoga enthusiasts from all ages and all walks of life in this 2-hour event held from 6 am to 8 am.

The special attraction of the event was a stunning performance by children of Jnanasindhu Residential School for Visually Challenged in Gadag. These children had also taken part in the second ‘World Yoga Day’ event held at Dehradun this year in which Prime Minister Narendra Modi had taken part.

The contest is being held separately for men and women in 9 sections, in which hundreds of yoga practitioners from across the State are taking part. Children from special schools across the city too are taking part in the contest. Two Chinese girl students pursuing BCA course in city are also among the participants.