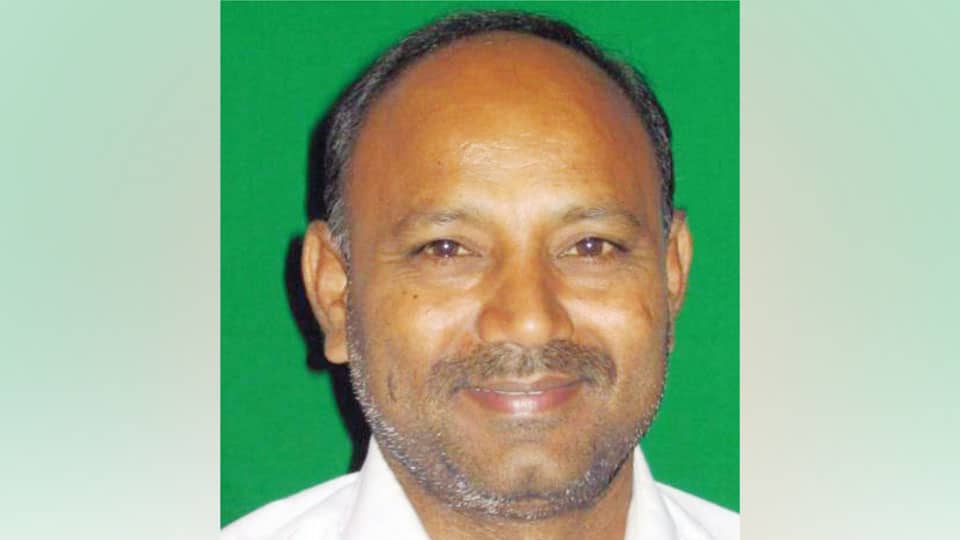 Vijayashankar, who was said to be contemplating on quitting the party for sometime now, faxed his resignation letter to State BJP President B.S. Yeddyurappa this morning, according to sources. Vijayashankar, a former Minister in B.S. Yeddyurappa’s Cabinet and a two-term Lok Sabha MP for Mysuru, was said to be upset over the recent developments in the BJP. He was not available for comments.

Vijayashankar had skipped the BJP’s ‘Mission 2024’ farmers convention held at the Maharaja’s College Grounds in city on Oct. 26. The former MP, who was miffed with the State BJP leaders over his neglect in the party, remained incommunicado to top BJP leaders including Yeddyurappa and MP Shobha Karandlaje for over a week.

The senior politician is touted to join the Congress party as he had held talks with Chief Minister Siddharamaiah in this regard, it is learnt.

Meanwhile, Yeddyurappa, reacting to Vijayashankar’s resignation from the primary membership of the party, at Hubballi Airport this afternoon, said that he was not aware of the reasons that drove the former MP to quit the party.

Maintaining that the party had given important positions to him, Yeddyurappa said that the BJP was willing to issue the party ticket from the Assembly segment of his choice from the Mysuru district for the 2018 polls.