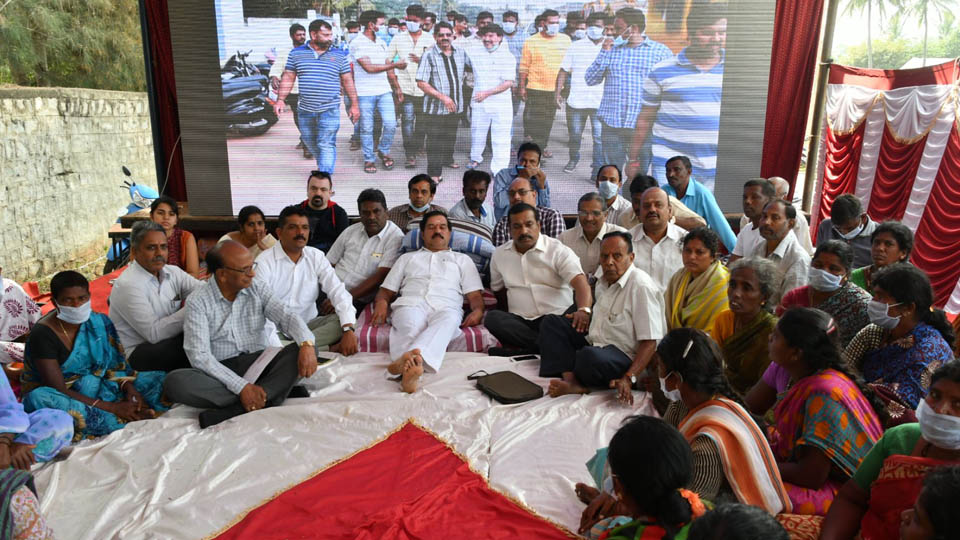 Mysuru: Deputy Commissioner D. Randeep visited the Excel Waste Treatment Plant at Vidyaranyapuram this morning and called on former Minister S.A. Ramdas where the latter is leading an indefinite agitation over the stinking garbage problem in the vicinity.

The DC assured Ramdas and the protesters that the issue will be solved soon with new treatment plants being sanctioned by the government. He appealed him to withdraw the protest that has entered the third day today. 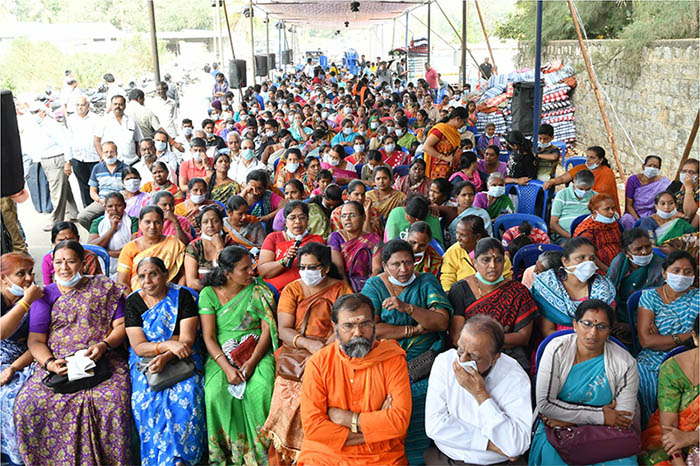 Talks between the DC and Ramdas were on when we went to the press.