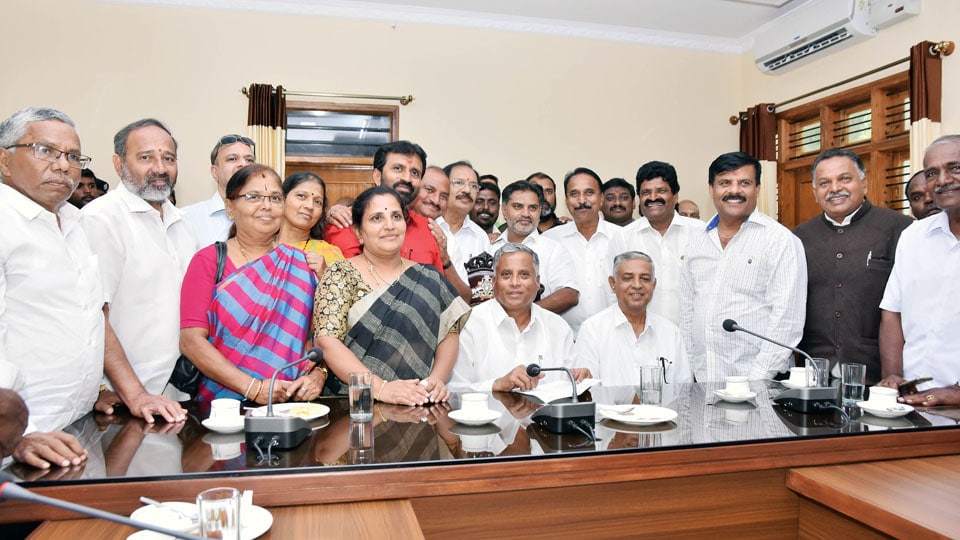 Mysuru:  The former Mayors of Mysuru unanimously demanded for the setting up of a permanent Karnataka Dasara Authority on the lines of Karnataka Exhibition Authority so that the confusion that prevails every year during the start of the Dasara celebrations is minimised.

The ex-Mayors shared this view at a meeting of former Mayors chaired by District in-charge Minister V. Somanna at the Jaladarshini Guest House here this morning. However, the Minister instead of reacting to this told the ex-city Fathers that their issue on passes would be addressed this year.

Also reacting to the issue of the vacating of shops atop Chamundi Hill, he said that there are 190 shops in all out of which many of the shop keepers had more than two to three shops. Hence, only genuine people including the footpath vendors would be considered and allotted the shops.

He also said that in this year’s Dasara procession, the Corporators and Zilla Panchayat members and their families would be accommodated at the Mysore Palace. Also those  who have purchased tickets will have to be given first priority and not deprived of VIP seats, he pointed out.

The Governments from then have been promising to do so, but so far none of them have implemented this demand, which will go a long way in streamlining the world famous  Dasara celebrations.