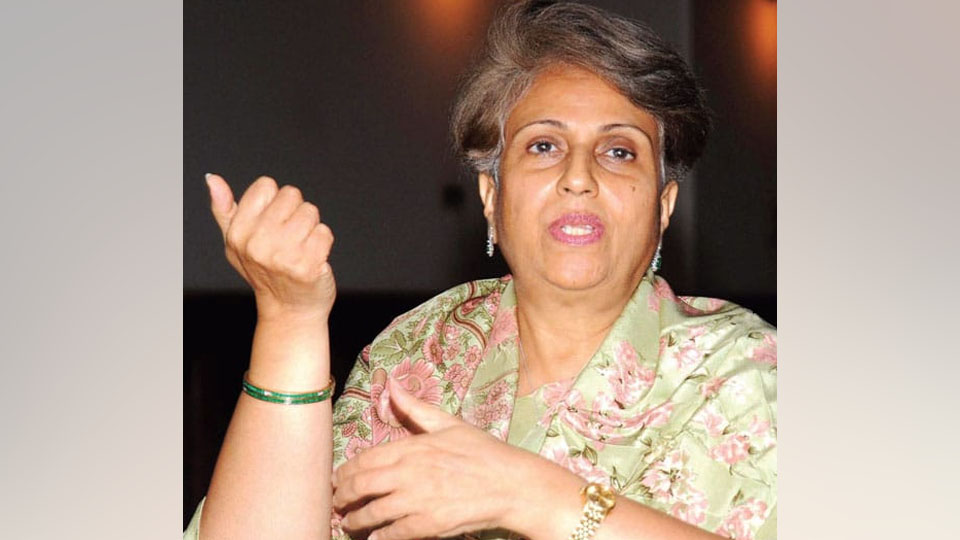 Mysuru:  The cry for a separate Statehood for North Karnataka and dividing the State is not correct. Instead, as North Karnataka has remained backward, the Government should give it a lot of importance, said the erstwhile Mysuru royal family member Pramoda  Devi Wadiyar.

Interacting with the media persons here yesterday, she said that earlier the Wadiyar dynasty had worked hard to maintain the unity of the State. However, the demand for a separate Statehood these days is not correct.

When compared to South Karnataka, the North has remained backward. Hence, if development works are taken up in those parts, then unity can be maintained. Those who are in power must take action and this is my personal opinion, she said.

‘Objection only if it refers to royal family’

Reacting to a movie being produced in the name of ‘Wodeyar,’ Pramoda Devi Wadiyar said that the word Wadiyar has come has a gift to the erstwhile royal family. The name ‘Wodeyar’ is in use in many parts including in North Karnataka.

“I have no objection to the title Wodeyar for the movie. However, I have to raise an objection if the story refers to the family,” she clearly stated.

‘There is still time’

On the issue of Dasara celebration, she said that for the Government the Dasara is fast approaching but for the royal family there is still time to celebrate and the cooperation will be given as usual. The family has not expected any support at any time in the past and it will not expect in the future also, she said.

In reply to another question regarding the Doddakere Maidan land ruling by the Court in the royal family’s favour, she said that Karnataka Exhibition Authority has not approached her in this regard.