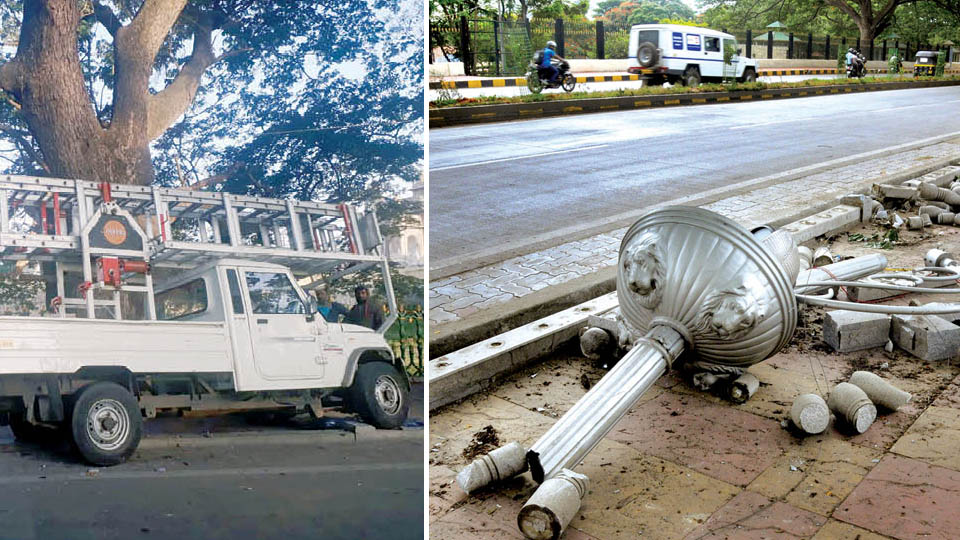 Mysuru: The ornate lamp post and balustrades on Nanjangud Road near the subway in front of Dasara Exhibition Grounds and Jayamarthanda Gate was destroyed on Saturday by a vehicle owned by a private electrical contractor.

Now the MCC has asked the Police to recover Rs. 7.5 lakh as damages from the contractor.

A case has been registered at the Devaraja Police Station in this regard.

The owner of the Bolero vehicle (KA-09-C-4060) has been identified as Ravi Kumar from Kyathamaranahalli, an electrical contractor. Police said that the vehicle was returning from Nanjangud at 5 am when the  vehicle rammed into the side a walk destroying 18 feet of ornate granite railings and a decorative lamp post. The  Police who reached the spot registered a case under IPC section 427 (Damage to Public Property). 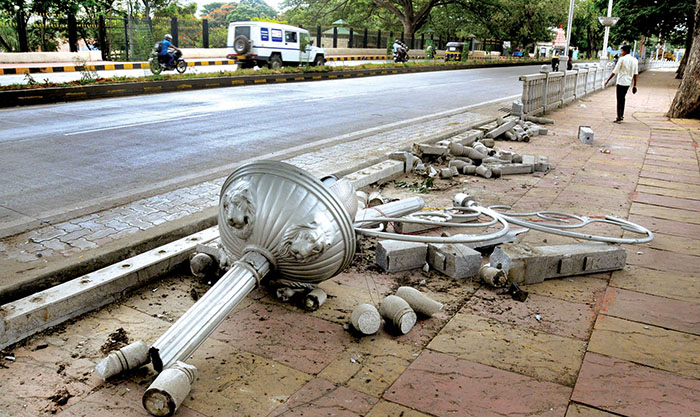 The complaint has been filed on the same day and the MCC has now sought Police help in recovering the dues. “We have conducted a mahazar and have produced photographic and video evidence of the accident to the Court. The Court will hear the case and decide whether the owner of the vehicle or the driver should pay the compensation,” a source at Devaraja Police Station told Star of Mysore.  MCC Zonal Commissioner (1), who filed the complaint, said that the civic Body incurred losses up to Rs. 7.5 lakh due to the accident and needed the money to spend on repairs. The vehicle has been seized.