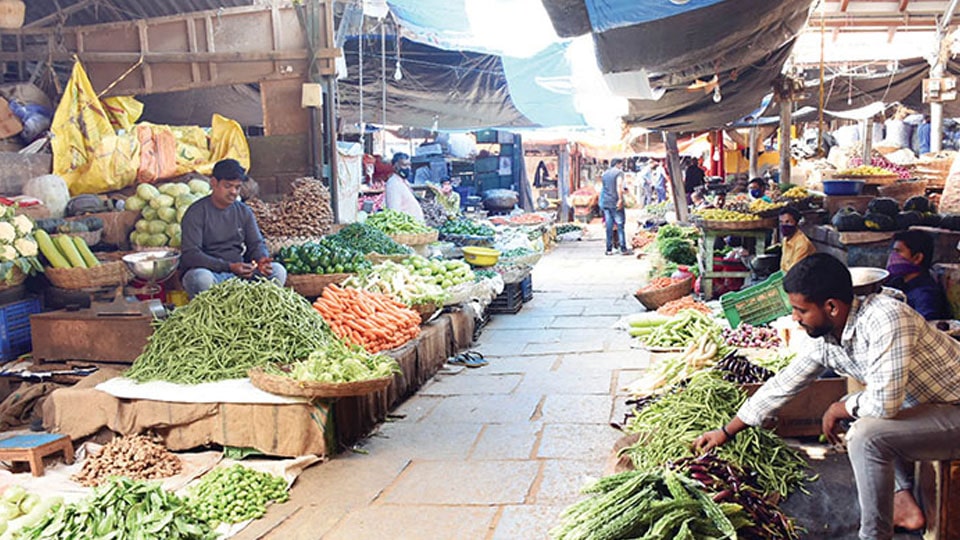 Mysore/Mysuru: If the Karnataka High Court accepts the opinion of the Mysuru District Heritage Committee to demolish the Devaraja Market and Lansdowne Building, the dilapidated structures will make way for new heritage-like buildings.

In such a scenario, the main task of the Mysuru City Corporation (MCC) is to relocate the tenants of Devaraja Market and give them a suitable place for business till the new building is constructed. Lansdowne Building is already out of bounds for the public and as the tenants have already been shifted to the lane opposite the building, there is no need for their relocation.

But there are over 1,000 tenants in Devaraja Market who have been opposing any move to demolish the century-old structure and will have to be convinced to move out.

MCC Commissioner G. Lakshmikantha Reddy told SOM this morning that the District Heritage Committee has taken a clear cut decision to raze both the structures.

“We will call a meeting of the representatives of the Devaraja Market Tenants Association under the leadership of Chamaraja MLA L. Nagendra next week and convey the Heritage Committee’s decision on demolition and reconstruction. Those tenants inside the building and also those outside the building will have to move out,” Lakshmikantha Reddy said.

Alternative markets will be made available to the tenants till the new structure comes up and the MCC’s plans will be conveyed at the meeting.

“The Heritage Committee has decided to demolish both Devaraja Market and Lansdowne Building and the DC has conveyed the decision to me yesterday. After the High Court adjudicates the matter, we will take the approval of the State Government and funds for reconstruction have already been assured. We will convince the tenants about the dangers of continuing business under a dilapidated structure. A meeting will be called next week,” said  Chamaraja MLA L. Nagendra.