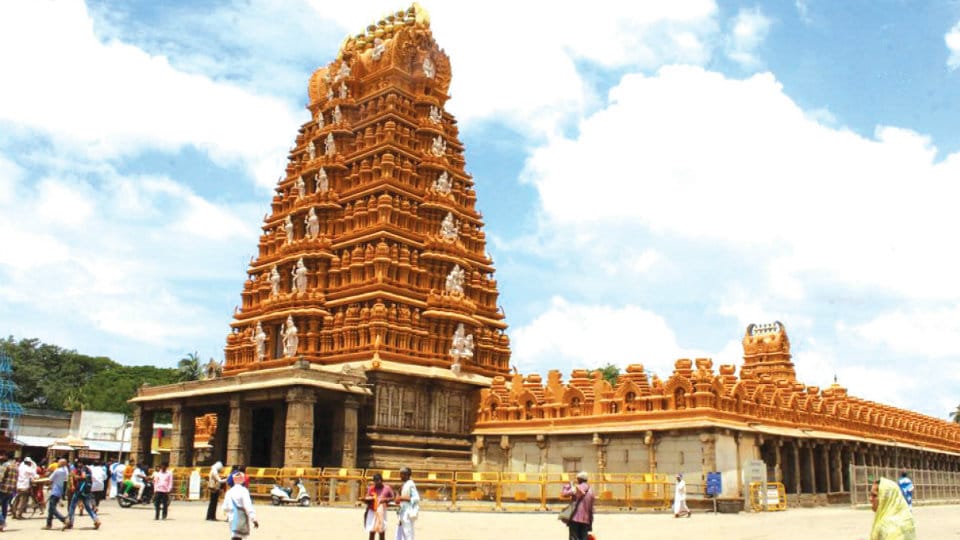 On 16th November 2022, in the wake of ‘Karthika Masa,’  the Nanjangud temple witnessed a huge crowd at 12 noon. After more than an hour in the queue, the devotees’ exit from the temple complex after darshan was complicated by the inadept authorities.

The “Mukhya Dhwara” from where devotees enter and exit the temple was closed and the exit was routed through the queue line in which the devotees are allowed to have free darshan.

The devotees were annoyed and inconvenienced to stand in queue for longer duration even during exit. They were also deprived of “Nanjundeshwara Laddu Prasada” as the counter was closed when the devotees came out of the temple.

I reported the same to the staff of the temple administration as the Executive Officer wasn’t available then. When the staff showed helplessness, I contacted the Temple’s Executive Officer Jagadish over his mobile, who said he was out of station on some official work.

However, I continued to explain the raw deal being faced by thousands of devotees. But the Officer’s response was discouraging and unprofessional, without acknowledging the lapses on the administration’s part.

In his confession, he also claimed that about 100 pilgrims have called him since morning,  implying that plethora of lapses exist in crowd management and general administration. Add to this, his callous reply to wait until the Prasada counter reopens after 4 pm.

The higher authorities are requested to act over the issue and facilitate smooth darshan of the deity for devotees in an orderly manner.