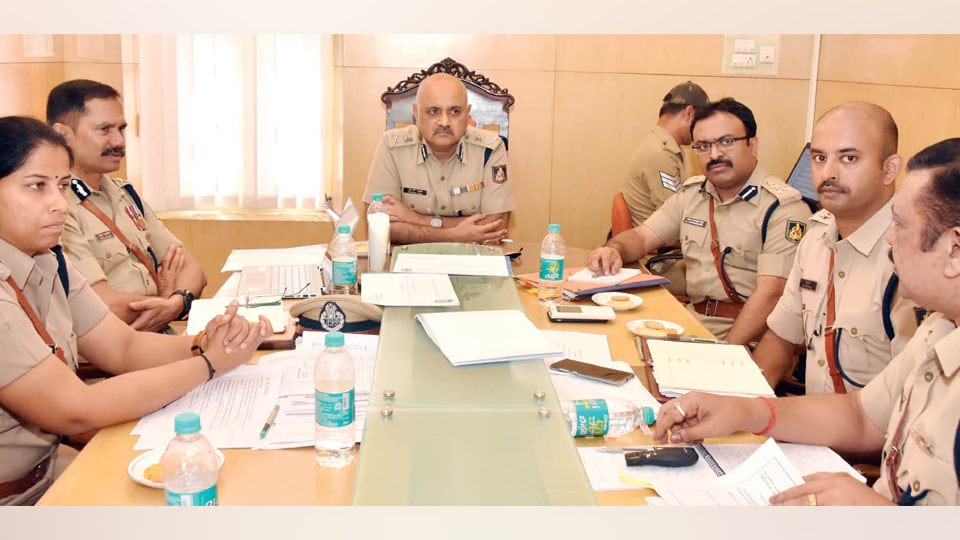 This is his first visit to Mysuru after taking Office as DG&IGP of the State on Jan.31. His visit was aimed at familiarising with Police officials of the     Southern Range.

Praveen Sood is likely to visit Suttur Mutt at the foot of Chamundi Hill and Varuna Police Station later in the afternoon, according to sources.

It may be mentioned here that Praveen Sood had served as the Mysuru City Police Commissioner from 2003 to 2007.