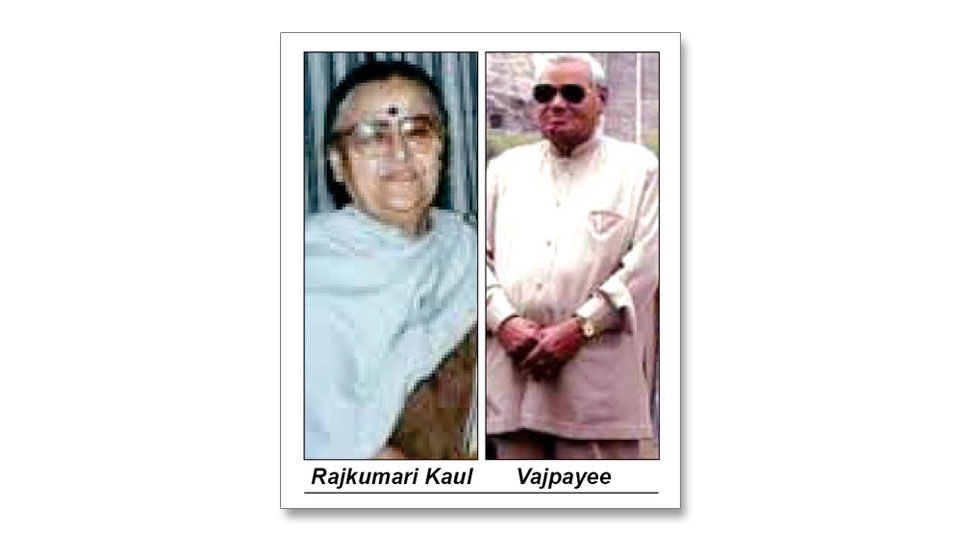 When Atal Bihari Vajpayee’s companion Rajkumari Kaur passed away in May 2014, Girish Nikam, who began his journalistic career with Star of Mysore and at that time working with Newstime, Hyderabad, had written an article titled “Mrs. Kaul here, you don’t know who I am?” which was published in Rediff.com. We are republishing that article as we thought it would interest our readers as the nation mourns the passing away of the former Prime Minister Atal Bihari Vajpayee. Today, Girish Nikam is also no more with us as he had an untimely death on Nov.7, 2016 at the age of 58.

Rajkumari Kaul’s death over the weekend brings back memories of phone conversations at a time when landline numbers were still in vogue, and Atal Bihari Vajpayee was yet to become Prime Minister.

Those were my early days in Delhi as a journalist. Having come after from stints in Mysore, Bangalore and Chennai, the capital was a challenge. And I was assigned the Bharatiya Janata Party beat. Working for a regional group of newspapers (Eenadu and Newstime), which had no editions in the capital, it was challenging to establish political contacts and build on them.

One way of establishing political contact was not to miss any occasion to meet the leaders, interact with them, ask questions (sensible ones) at press conferences, and be noticed.

The other was to be in touch with the leaders on phone to get quotes or crosscheck stories inevitably late in the evenings or even at night. And this had to be done by landline as mobile phones were not available yet. It was on such a process of familiarisation that I stuck a rapport with Vajpayee.

In 1995 Vajpayee was still smarting under the shadow of the towering Advani.

Vajpayee, who was then a resident of 6, Raisina Road, would be available for journalists and visitors in the evening after his nap and tea, quite freely. Or many a times at his office in Parliament, which he had as the Leader of the Opposition in the Lok Sabha. So frequent meetings, many of them unscheduled, had led a special rapport between us.

It was this rapport which would frequently encourage me to call up his residence at all hours in the evening and night, sometimes even after 11 pm.

Once, in that late hour, Vajpayee picked up the phone himself and confirmed some news I was checking on. Only to reprimand me in his usual witty manner the next day when we met, “Nikam saab, aap toh sote nahin ho, lekin hamein toh sone do (Nikam saab, you don’t sleep, but allow us to sleep at least),” with a twinkle in his eye and mischief in his voice. 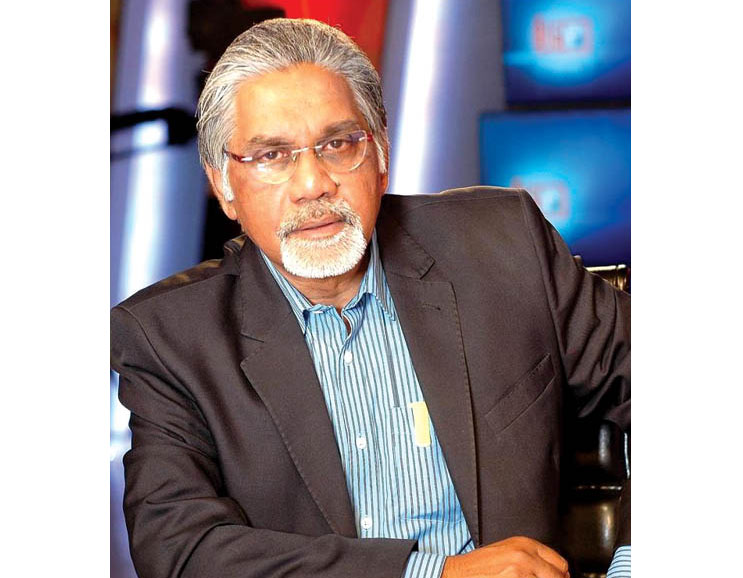 Another time I had to call his residence again, and when I did a female voice answered. The voice was sophisticated and gentle.

This happened a few more times, and the call would be taken by Mrs. Kaul and I would not show any interest except to get Mr. Vajpayee on the line.

One day, when I rang again, the lady picked up, and repeated “Mrs. Kaul here” and as I was about to ask for Mr. Vajpayee, she repeated, “Mrs. Kaul here.” To which I replied courteously but without any curiosity, “Yes, ma’am, I know.” This I guess was too much for her! she asked gently but curiously and with some amusement “You don’t know who I am?”

Being new to Delhi and to the BJP beat and not really up to date with the personal lives of politicians, or the gossip surrounding them, I honestly replied, “No ma’am,” with a mixed sense of guilt and anxiety.

“I am Mrs. Kaul, Rajkumari Kaul. Vajpayeeji and I have been friends for a long time, over 40 years. You didn’t know?” she asked with a sense of amusement and wonder.

“Oh, I am sorry, ma’am, I didn’t know,” I mumbled. She laughed and then went on to say how Vajpayee had lived with her and her husband, Professor Kaul, all those years and about her husband who had taught at Delhi University and was now retired. I just kept mumbling through the conversation, and when it ended I apologised for my ignorance and wished her and put the phone down. I had forgotten to ask to talk to Vajpayee!!

Over time as I kept ringing Vajpayee’s home, Mrs. Kaul would pick up the phone sometimes and chat pleasantly with a great deal of warmth and even discuss the weather, her health and about her daughter (Namita) and granddaughter, Neha (Neharika). She would ask about my family and if I had my lunch or tea.

Sometimes she would be worried about Neha missing school because of a cold or cough. The chat would always end up with “Girish, you should come and have tea with me some time,” and I would mumble, “Sure ma’am, I will come.”

As any beat reporter who is always chasing stories, I never managed to find the time to have that cup of tea with Mrs. Kaul. And then Vajpayee became Prime Minister for 13 days in 1996, and the SPG took over. My contacts with Mrs. Kaul ended with that, as she didn’t have to pick up the phone anymore. And I moved on to other beats.

When I read that she was no more, memories came flooding of those numerous conversations with the gentle lady, who was just an affectionate voice for me and not a face I could associate with. And she will now remain just that.

And that cup of tea that I will never be able to have with her.