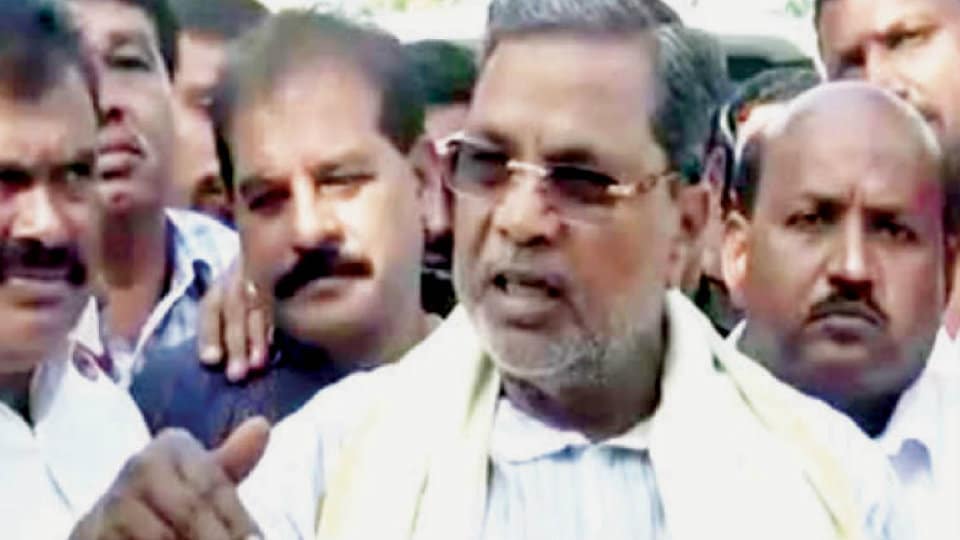 Speaking to press persons at his Ramakrishnanagar residence here on Saturday, Siddharamaiah ridiculed that disqualified Legislators were not freedom fighters and the taint on them will remain forever.

Pointing out that the secrets of ‘Operation Lotus’ was coming out in the open after the SC verdict, with one disqualified Legislator after the other issuing public statements on the BJP’s operation to pull down the JD(S)-Congress Coalition Government, the Opposition Leader lashed out at disqualified Legislator Ramesh Jarkiholi for holding the Congress responsible for the collapse of the Coalition Government and said that Ramesh’s statements do not have any standing.

Claiming that the BJP will not win eight seats required for it to get a majority in the Karnataka Assembly, Siddharamaiah predicted the fall of the BJP Government after the by-polls.

He also hit out at Chief Minister B.S. Yediyurappa for making false promises to disqualified Legislators who have joined  the BJP.

Referring to the seizure of thousands of sarees that had the handbills of the BJP and party leader C.P. Yogeshwar in Mysuru recently, Siddharamaiah urged the Election Commission to take stringent action against the BJP for electoral malpractices.