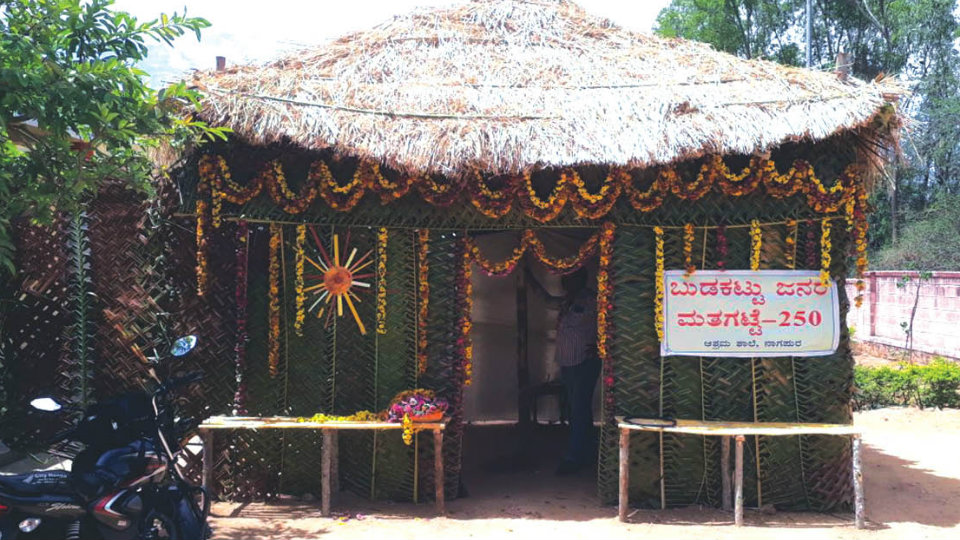 Mysuru: The Mysuru District Administration has decided to set up six Ethnic Booths at different places across Mysuru Lok Sabha constituency to attract tribal voters during this LS polls. The voting percentage in the previous Assembly polls had registered an increase of three percent in tribal areas and hilly dominated areas after such Booths were set up.

Zilla Panchayat CEO K. Jyothi said that there are 210 tribal hamlets in Mysuru district. All measures have been taken up to increase the voting percentage in these areas by setting up such Booths besides other efforts urging tribals to take part in electoral process for success of democracy.

Booths portraying tribal cultures were set up in Hunsur and H.D. Kote taluks during the 2018 Assembly Polls. The aim of setting up such Booths was to attract tribals, who seldom vote and get busy with their routine work.

Tribal leaders and voters had welcomed the move under Systematic Voters’ Education and Electoral Participation (SVEEP) programme for drawing voters to Polling Booths.