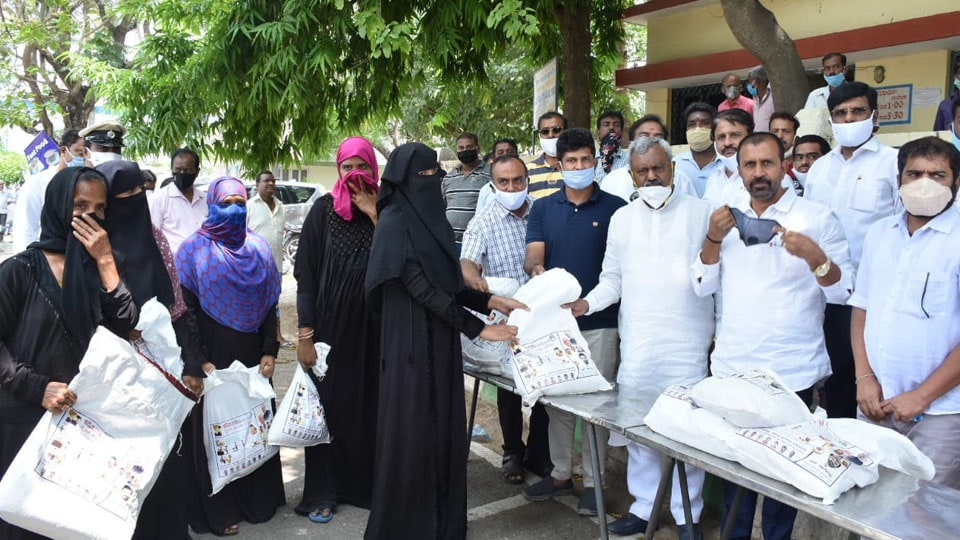 Speaking on the occasion, MLA Nagendra said that there was a request to provide grocery kits to Muslim community families, who are financially weak and as Ramzan fasting has also begun, grocery kits were distributed to 200 families.

Continuing, Nagendra said that there were plans to distribute 15,000 grocery kits in his Constituency and added that 12,000 kits have been distributed so far. More families would be identified and groceries would be provided to them, he said.

Corporator Rangaswamy, BJP City President Srivatsa and others were present.