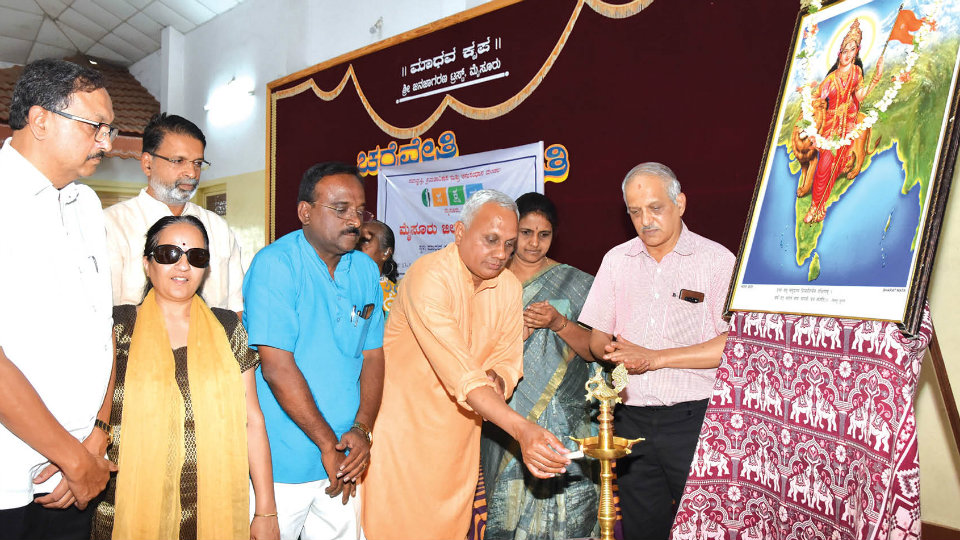 ‘Do not to ignore Speech and Hearing impairment in children’

Mysuru/Mysore: All India Institute of Speech and Hearing (AIISH) Director Dr. M. Pushpavathi has cautioned  parents against ignoring any speech and hearing impairment in their wards. She was speaking at ‘Sakshama’ District Convention organised at ‘Madhavakrupa’ on JLB Road here on Friday.

Noting that many parents do not bother to check whether their new-born babies can hear, Dr.Pushpavathi said that all new-borns must be checked for their hearing ability. Emphasising on the need for carrying out regular examinations for speech and hearing abilities among  children, she bemoaned the carelessness of some parents who tend to ignore signs of speech and hearing impairments of their wards.

Underlining the need for early detection of speech and hearing impairments, she warned that parents have to suffer their entire life if they failed in their responsibility.

Pointing out that AIISH has set up Speech and Hearing treatment facility at 17 hospitals in city, she said that all infants should be regularly examined for hearing abilities until they are three month old.

She called for holding awareness programmes in schools and colleges on the importance of examining children for speech and hearing impairments.