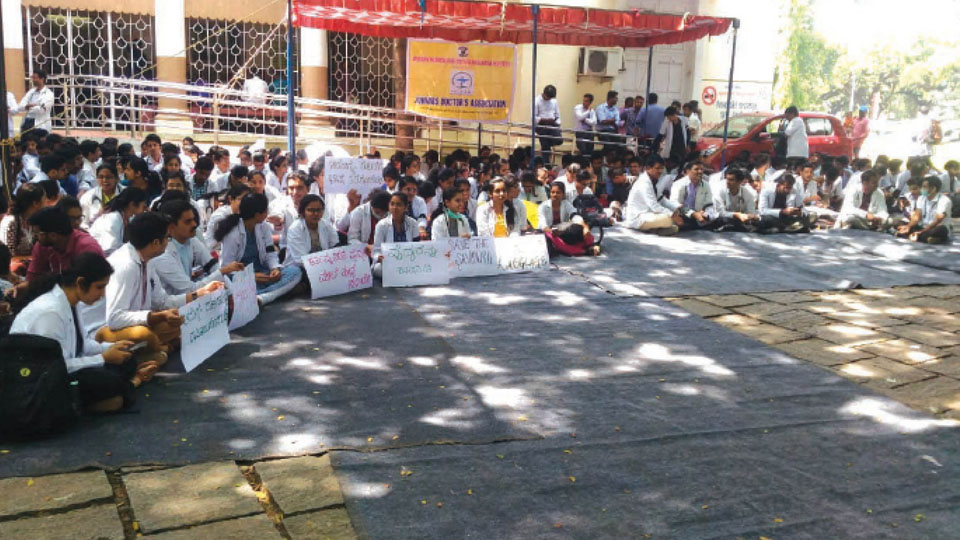 Mysuru, Nov.5 (RK&DM)- Strongly condemning the assault on doctors at Minto Hospital in Bengaluru, allegedly by Kannada activists on Rajyotsava Day, over 150 doctors under the banner of MMC&RI Junior Doctors Association staged a demonstration in K.R. Hospital premises yesterday to register their protest.

They urged the Government to book the culprits and to provide security to doctors in Hospitals.

Condemning the assault  on Advocates by the Delhi Police at a Delhi Court recently, city advocates registered their protest by boycotting the Court proceedings for the day on Monday.

Earlier in the day, the Mysore Bar Association held an emergency meeting during which the action of the Delhi Police was strongly condemned.

The advocates urged the Government to take stern action against errant Policemen.