Home » Feature Articles » Does Mysuru need an NGO platform like the one provided by MGP ? 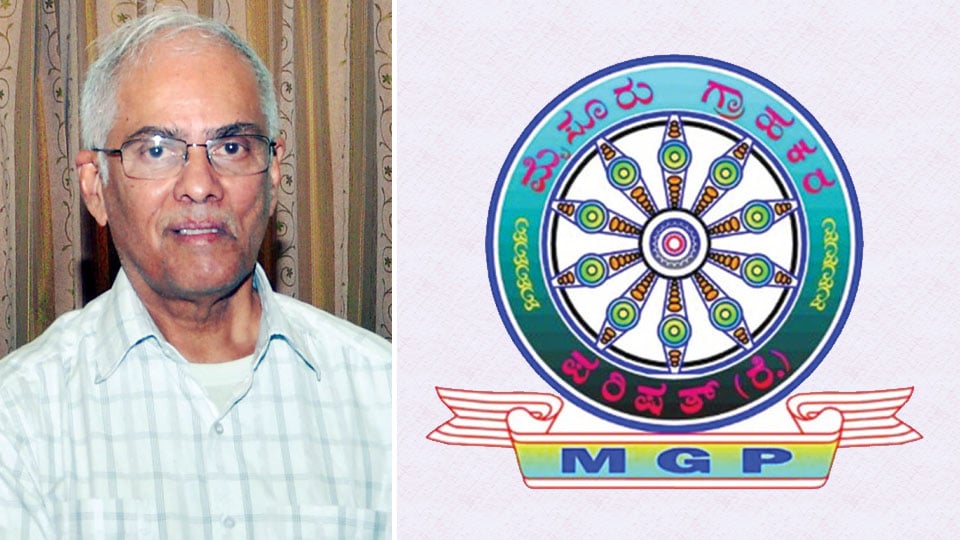 Does Mysuru need an NGO platform like the one provided by MGP ?

There are more than three million (30 lakh) registered Non-Government Organisations (NGOs) or Civil Society Organisations (CSOs) in India. It is a well-known fact that most are just on paper. Of those functioning NGOs, it is not easy to find credible and honest ones dedicated to serve the society.

Despite these shortcomings of the NGO movement, many cities with ethical and efficient NGOs, the residents have benefited. NGOs provide a powerful platform to the people to express an opinion which Governments cannot ignore. In fact NGOs are a reliable source of information to feel the pulse and the mood of the people. In that sense, Mysore Grahakara Parishat (MGP) has done well with its members actively participating and constantly interacting with various agencies of the Government in the development of the city.

MGP has completed 31 years and that itself is no less an achievement. It would be presumptuous to assume that everyone has a good opinion of what MGP has been able to accomplish during its existence.  But going by the opinions expressed by the elected leaders, city administrators, media and the people at large, MGP has succeeded in establishing a high degree of credibility.

To cite an example, former Deputy Commissioner D. Randeep and former MCC Commissioner Jagadish were forthright in expressing their appreciation for MGP’s contribution to city.  At the time of completing their tenure in the city, both the officers had expressed that MGP had facilitated in understanding the needs of the city and wished every city had one such vibrant NGO.  This was contrary to what some officials had portrayed MGP to be a trouble-maker !  Even some political leaders when out of power had used MGP with their inputs to incorporate changes in Mysuru Masterplan.

MGP has always taken up innumerable causes to serve Mysureans without any fear or favour to help consumers resolve their problems.  To list a few:

Developing a Smrithi Park around Laxmikantha Temple in Hebbal; developing a Coupon System to eliminate corruption in PDS kerosene; saving Cheluvamba Park when an office-cum-residential building was constructed, saving People’s Park from total extinction, contributing to save Lakes in and around Mysuru like Kukkarahalli, Lingambudhi (a scholar has written a Ph.D thesis on the contribution of MGP to save the Lake), Karanji; filing a PIL against Vikrant Tyre company to control burning of high sulphur fuel oil; closing down a polluting company processing old lead batteries; convincing education departments to stop announcing SSLC and PUC rank holders and also to                                                                    give access to answer papers; preventing the construction of ropeway project and canopy over the steps, plan to widen the road into four lanes in Chamundi Hill; preventing widening of NH-212 passing through the city and diverting it to the Ring Road.

However, in some areas its success has been only partial. Large scale building code violations (MGP has exposed several) are rampant, Comprehensive Development Plans continue to serve only the land mafia (MGP has worked with MUDA on most such plans), failure of 24X7 water supply and failure to improve revenue collections by Vani Vilas Water Works despite MGP’s constant interaction with VVWW giving expert suggestions. Despite MGP’s PIL in the High Court and several protests, vandalisation of iconic Chamundi Hill has taken place. Though timely PIL by MGP saved total extinction of People’s Park, MCC succeeded in constructing the library violating the Parks Act.

Apart from the successes and failures,  MGP has succeeded in creating a platform for retired professionals and groups to contribute their expertise. Some examples are: Late Prof. Ramalingam’s contribution to highlight the water quality problems (helped the migrants in Ekalavyanagar with potable water when they were supplied with sewage water and two died), Maj. Gen. Sudhir G. Vombatkere’s contribution to preserve heritage buildings of the city, Geologist V. Mahesh’s involvement in highlighting the depleting water table in and around Mysuru, retired AGMARK scientist C.V. Nagaraj’s demonstration of food adulteration (he has conducted more than three thousand), H.R. Bapu Satyanarayan’s expertise in road construction helped MCC, PWD engineers to prevent several design blunders and Prof. Ravi Kumar’s expertise in environment helped in preserving Lakes and solid waste handling.

MGP supported Mysuru Youth Forum to get involved in cleaning and greening Mysuru and also to attract youths to social sector.  Soon after MGP started functioning, it sponsored an NGO, Parisara and got involved in massive tree plantation activities and also greening Chamundi Hill. In association with Mysuru’s different NGOs like Wild Mysuru, Bird Watchers, Kukkarahalli Kere Ulisi Horata Samithi, MGP has brought out a coffee-table book, Namma Kukkarahalli. Rotary, Lions, Let’s do it Mysore! are some more CSOs with which MGP has collaborated over the years.

Realising the need to improve governance and fight corruption, some members of MGP sponsored an NGO called Mysore Lok Swaraj Andolana (MLSA) in early 90s. It did a commendable job. Had it continued it could have been a precursor to Mysuru’s own Aam Aadmi Party to attract honest candidates with professional background. Unfortunately, because of internal politics of MLSA members, there were two groups “fighting” against one another. They even went to the Court to decide who actually are the legitimate executive members. Finally, MLSA got wound up when some key members died. Story of MLSA clearly shows how difficult it is to build and sustain an organisation.

As MGP completed its silver jubilee and was marching towards digital age to involve young netizens, it faced an unexpected crisis. Like in MLSA, a group of few but committed members wanted to ‘teach’ a lesson to old-timers on running a registered society as per Society byelaws. In the election during 2019 to elect Executive Committee (EC) members for the first time in MGP’s history, they succeeded in ousting the old but active members. Since then MGP’s activism has more or less come to an unfortunate end. This was partly because of the pandemic. But the main reason was the fear of new EC that they may violate some byelaws. The fact that most EC members did not have much experience of working in social sector in general and consumer movement in particular has added to the problems. Dissenters did succeed, but at what cost?

In the absence of MGP, being inactive, Mysuru has lost a vibrant NGO platform to highlight several issues affecting Mysureans. Responsibility to strengthen and bring back MGP to its previous activist role lies with not only its members but with all the concerned Mysureans, specially the IT-savvy youth. Let me end this article by owning my own blunder. In all institution as they succeed, there is bound to be dissension because of ego clashes and petty jealousies. As a Founder-Member of MGP and also as a Management student, I should have anticipated this possibility. But I failed big time.

Not as a customary gesture, but with all the sincerity, I should thank and appreciate the support given by SOM in the long years of MGP in its service to Mysuru. But for SOM support, MGP would not be what it is today.