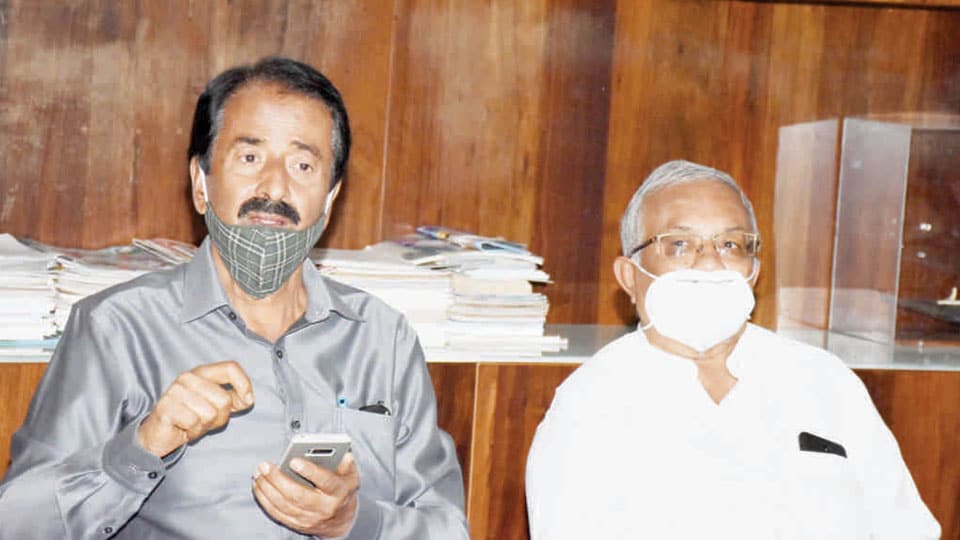 Mysore/Mysuru: Former MLA Vasu has urged the State Government to give tax rebate for the vacant space in the surrounding of houses which is left for ventilation.

He wanted the Minister to review the amendment made to the KMC Act as well as the circular issued by Department of Municipal Administration on Feb. 19, 2021 regarding leaving certain space as setback to ensure good ventilation between houses.