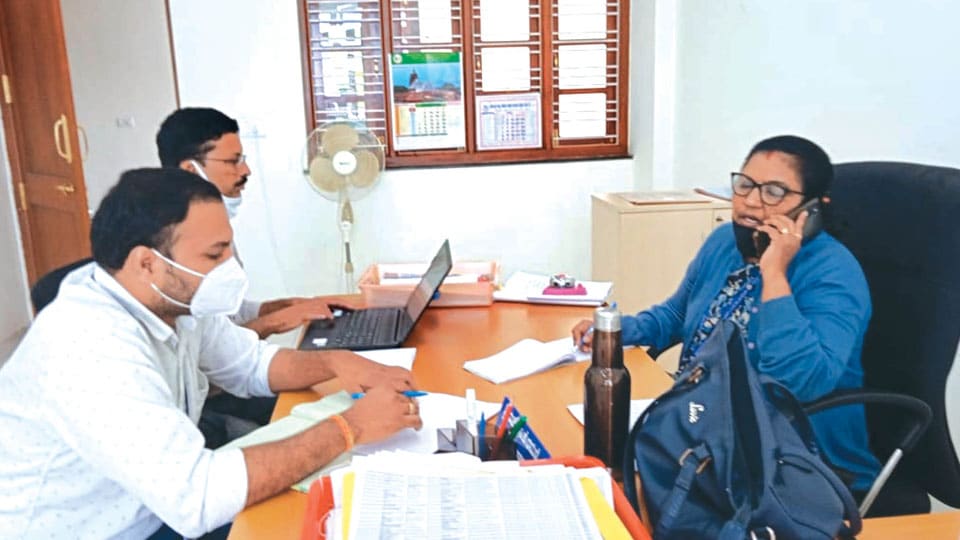 New BPL cards to be issued after Government lifts curbs

Speaking at a phone-in-programme organised here on Monday, she said that the issuance of new ration card has been temporarily put on hold due to COVID-induced lockdown.

The Government was busy in checking the spread of the pandemic. Till then the scrutiny of applications and documents submitted by the card seekers was going on. The spot inspection and re-verification of documents will commence once the Government gives permission. Since unlock process has started, the Government may soon give permission to resume issuing new ration card to citizens.

Out of the total 13 calls received, a majority of them pertained to non-issuance of Below Poverty Line (BPL) cards in the last three months despite submitting the applications. Rajeev, a caller complained about the collection of Rs. 10 per card holder for biometric by a Fair Price Shop in Ramabainagar. Since he didn’t furnish the name and address of the shop, the officers promised to find out and take action against the shop owner. Apart from this, almost all the calls were regarding the Department facilities.

Uma Maheshwari of Kesare, Pushpa of Brindavan Extension, Ratna of Nanjangud and others sought to know reasons for delay in issuing the new BPL cards.

The officers informed the callers that provision has been made only for changes and addition of names in the existing BPL cards to avail the medical facilities. But, no permission has been given for other things.

Answering to Jayaram of T.K. Layout and Lingegowda regarding Above Poverty Line (APL) cards, they said application must be submitted online. Other officers who were present included Second Division Assistant B.N. Shashidhar and Assistant Programme Officer Nagendra.

The ration cards which are not used for long time will be cancelled. This was informed by Dept. Officers to Rajashekar, a caller from Dadadahalli in Mysuru taluk who has an APL card in Bengaluru address and wanted to transfer the card to Mysuru address. On checking the website, it was found that the card had not been used for long time because of which it had been cancelled.