Home » Editorial » Dowry with a difference 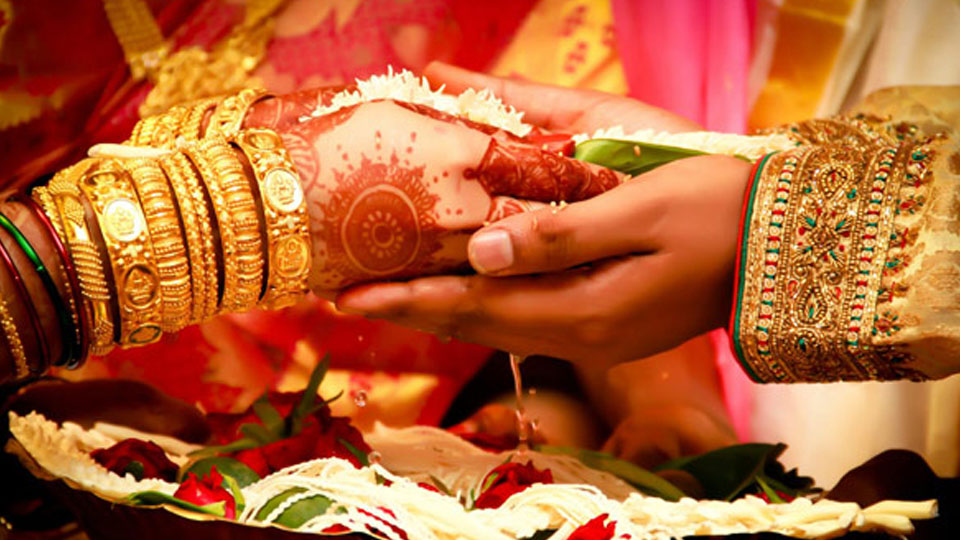 Dowry with a difference

Narratives in the land’s epics as well as history featuring the event of man-woman coming together in wedlock are fascinating to read. The system of swayamvara (the bride-to-be at full liberty in choosing her man from among a number of aspiring men) included the practice of stipulating a select set of qualifications for the men appearing before the lady, with emphasis on honourable lineage, valour, track record of life and so on. There are instances of the contesting men requiring to prove the credentials such as display of prowess as a marksman by firing an arrow to bring down a fish or bird. The system on the lines as narrated in the epics continued to survive upto a certain point of time in the country’s history. The point to be noted is that the bride’s party, specially royalty of the narratives, didn’t have to cough up money as dowry, unlike the practice currently in vogue among many sections of society, as in arranged marriages.

The Kannada idiom “Maduve maadinodu, mane kattinodu” (which translates to “Try performing marriage, try constructing a dwelling”) conveys the message on the hardship, particularly the financial burden, one faces in either project. While cost overrun bugs the person embarking on the house construction project, the demands of the bridegroom’s parents, from the other party, dowry beyond the capacity of the latter in particular, acts as the kill factor. Many have interpreted this demand of dowry as the sale price of the groom, purchased by the bride’s party.

While demanding dowry is prohibited by law of the land and its payment continues to figure in a large number of marriage events across the country, the issue of financial hardship doesn’t arise as long as the exchange of cash doesn’t pinch the bride’s parents and it is voluntary, as in the cases of affluent sections of society. Also, as long as the bride’s parents feel being in a zone of financial comfort to meet the contingency of paying dowry in a mutually agreed manner and place a lid on the matter, all seems to be well. Problem arises when the post-marriage days witnesses harassment by the married man or his kin demanding more cash, resulting in undesirable consequences including separation, torturing of the woman and even criminal acts such as bride burning.

In the backdrop of the foregoing longish preamble to the subject of dowry, a report in a section of the press early this week about a teacher-to-be-married making the proposal to the bride’s parents that all he needed as gift was 1,000 saplings, comes like a waft of fresh air. If this teacher’s gesture gains ground in the country, the land shall turn from its current grim grey to lush green in due course.