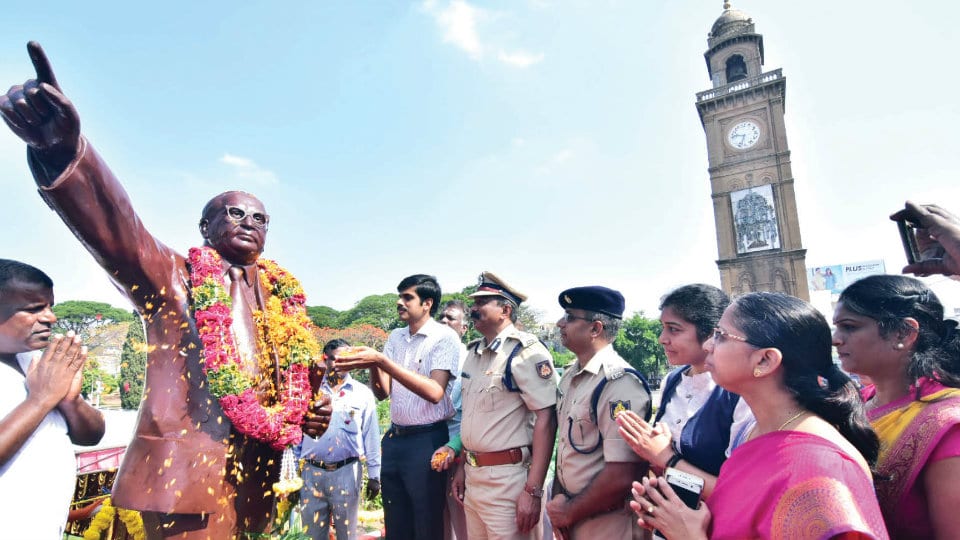 The Karnataka English Band, led by Band Master B. Manjunath, played music as a mark of tribute to the ‘Father of the Constitution.’

Singer Amma Ramachandra presented a musical tribute to the ‘Father of the Constitution’ by singing songs on Dr. Ambedkar at Town Hall.