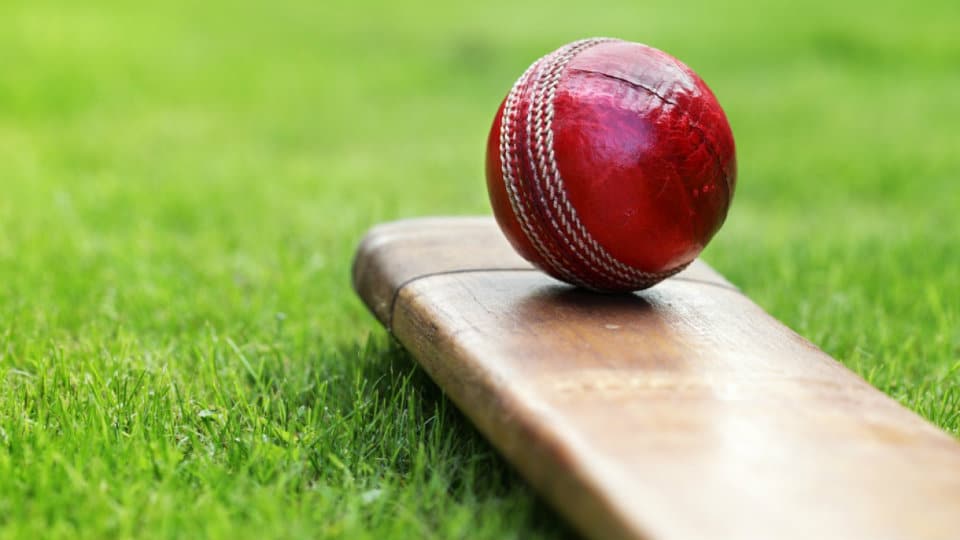 Centuries by middle-order batsmen Manprit Juneja (135,17x4s,1x6s) and Chirag Gandhi (115,12x4s, 6x6s) and their 226-run fifth wicket partnership helped Gujarat CA to post a good first innings total of 462 in 135.4 overs on the second day of their Group ‘B’ match against Punjab CA in the Dr. (Capt.) K. Thimmappiah Memorial Tournament conducted by KSCA at the JSS-SJCE grounds here yesterday.

Resuming their overnight score of 137 for one, Gujarat CA lost openers Samit Gohil (68) and Rahul Shah (42) early. These two had added 90-runs for the second wicket.

Later Bharghav Merai (12) departed and then Manprit Juneja and Chirag Gandhi batted with ease to add 226-runs for the fifth wicket. Both scored centuries as Gujarat posted a total of 462 in 135.4 overs.

Punjab’s skipper Gurkeeret Mann was the most successful bowler taking four for 57.

In the other tie at SDNR Wadiyar Stadium, Mumbai resuming their score at 28 for one in their first innings were restricted to 179 in 62.5 overs. Kerala gained a first innings lead of 62-runs. Vikrant Auti (51,6x4s), Sufian Shaikh (37,5x4s) and Aditya Dhumal (40 n.o, 3x4s, 1x6s) were the scorers for Mumbai. Monish impressed for Kerala by taking five for 47 and was ably supported by Jalaj Saxena who took four for 29. In their second innings, Kerala had scored 76 for two in 22 overs at close of play on the second day. Jalaj Saxena (42 n.o, 4x4s, 1x6s) and skipper Sachin Baby (30 n.o, 4x4s) were at the crease. Both of them had added 64-runs for the unfinished third wicket.