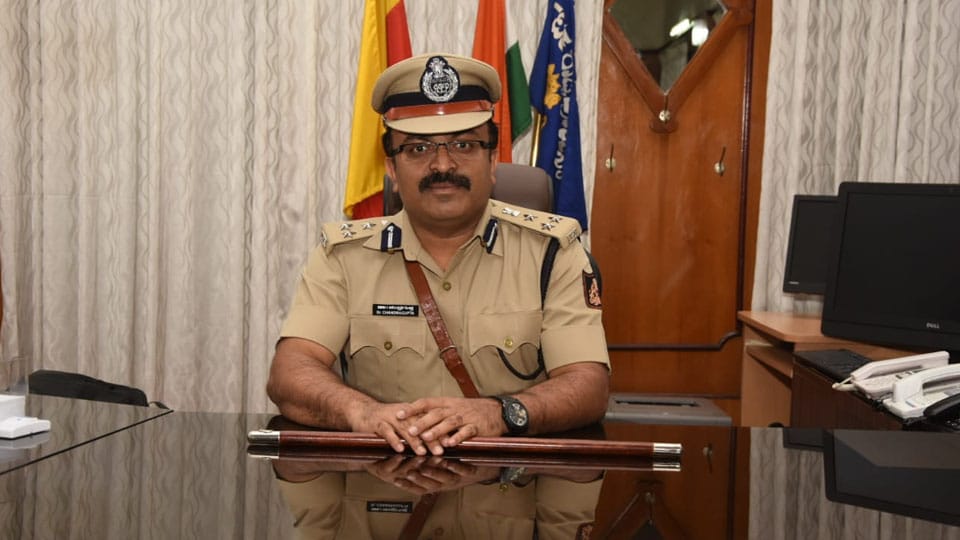 Bengaluru: Deputy Inspector General (DIG) of Police Dr. Chandragupta has been appointed as the new City Police Commissioner of Mysuru. He will replace K.T. Balakrishna who has been transferred as DIG, Recruitment.

K.T. Balakrishna took over as the Mysuru City Police Commissioner on January 25, 2019. The transfer orders came late last evening and it included the names of 23 IPS officers.

Dr. Chandragupta is a 2006 IPS officer and was the DIG Prisons earlier and had served as the Superintendent of Police Belagavi. Chandragupta, M.Sc (Agri), PhD. and is a native of Chikkamagalur district. He has also served in Haveri and then in Ballari.

He was instrumental along with Deputy Commissioner Aditya Biswas to clear the “Republic of Bellary’’ tag given by former Lokayukta Santosh Hegde. Bellary district was notorious for violation of norms and together Biswas and Chandragupta had strived hard to curb money and muscle power there.