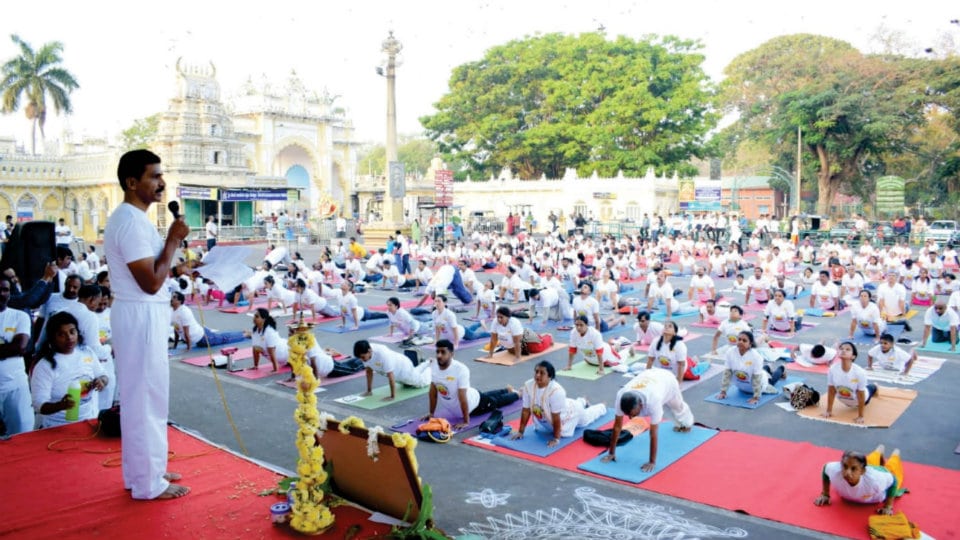 Mysore/Mysuru: About 700 yoga enthusiasts from across the city took part in Mass 108 Suryanamaskara organised by Mysore Yoga Okkuta marking its 19th anniversary, in front of Kote Anjaneyaswamy temple at the Palace North Gate here early this morning.

Ratha Saptami is symbolically represented in the form of Sun God Surya turning his Ratha (Chariot) drawn by seven-horses (representing seven colours)towards the Northern hemisphere in a North-Easterly direction. It is also symbolic of the change of season to spring and the start of harvesting season.

Ratha Saptami also marks the gradual increase in temperature across South India, awaiting the arrival of spring season. It also marks the birth of Surya and hence celebrated as Surya Jayanti.

All the participants were distributed ‘Prasada’ after the event, according to Mysore Yoga Okkuta President Dr. B.P.Murthy.