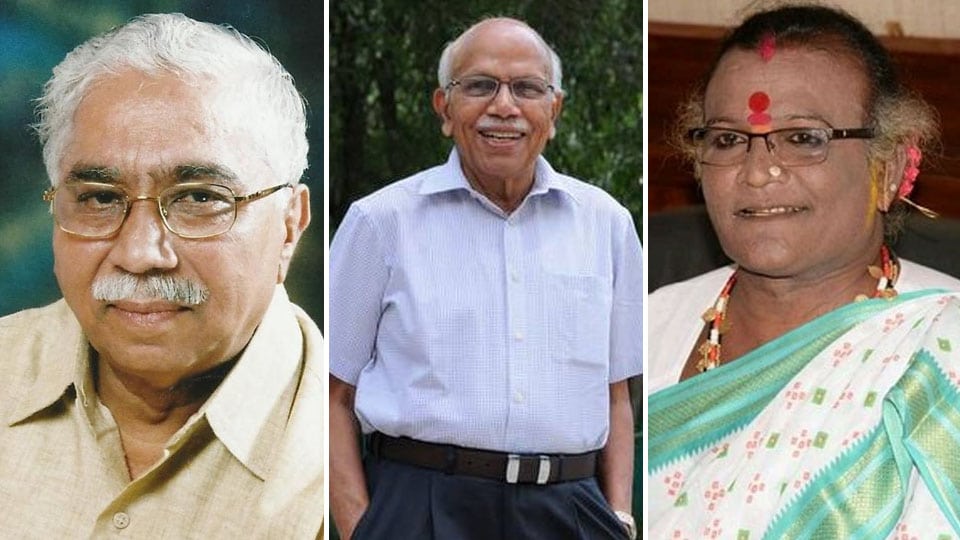 New Delhi: Padma Awards — one of the highest civilian Awards of the country — are conferred in three categories, namely, Padma Vibhushan, Padma Bhushan and Padma Shri. The Awards are given in various disciplines/ fields of activities including art, social work, public affairs, science and engineering, trade and industry, medicine, literature and education, sports and civil service.

These awards are conferred by the President of India at ceremonial functions which are held at Rashtrapati Bhawan usually around March/ April every year. This year, the President has approved conferment of 119 Padma Awards.

The list comprises 7 Padma Vibhushan, 10 Padma Bhushan and 102 Padma Shri Awards. In all, 29 of the awardees are women and the list also includes 10 persons from the category of Foreigners/ NRI/ PIO/ OCI, 16 posthumous awardees and 1 transgender awardee.

Five distinguished personalities from Karnataka have been selected for the Padma awards – 2021. Dr. Belle Monappa Hegde, popular as B.M. Hegde, has been awarded Padma Vibhushan for his excellence in the field of medicine.

The other four awardees from the State include Kannada poet Chandrashekhara Kambara who won Padma Bhushan under the Literature and Education category. Rangasami Lakshminarayana Kashyap, Matha B. Manjamma Jogati and K.Y. Venkatesh are the other three recipients who won Padma Shri awards under Literature and Education and Sports categories respectively.