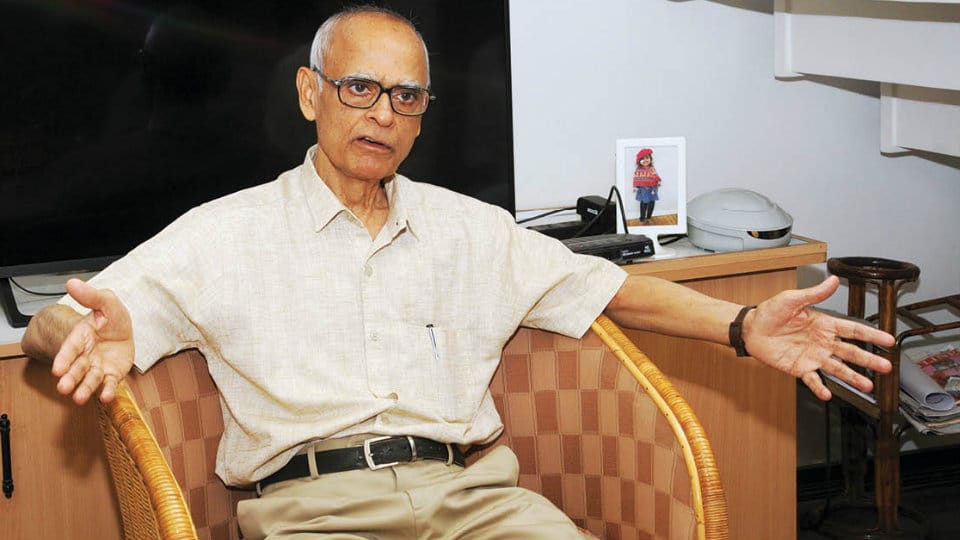 Mysuru: The first Prime Minister of India Pandit Jawaharlal Nehru though had made many mistakes in building the country was considered great because of the Communist propaganda, as he had decided to follow the policy of Soviet Russia. He blindly supported Russian leader Stalin, opined veteran journalist Madan Lal Hind, who had worked with Hindustan Times for over 40 years.

He was speaking at an interaction session on the ‘Relevance of Dr. Ram Manohar Lohia in today’s India,’ organised by the University of Mysore Alumni Association at the residence of the Association President K. Arkesh, here recently.

Madan Lal Hind, a close associate of the fiery Socialist leader Dr. Lohia, said that he came in contact with the great leader when he heard him for the first time at Gandhi Maidan in Patna, Bihar. “The mood of the people was very anti-Lohia, as it was the peak of the Chinese aggression on India. The feeling among the masses was that ‘To speak against Nehru was to speak against India.’ Hence, people were against Lohia addressing the crowd,” he recalled. 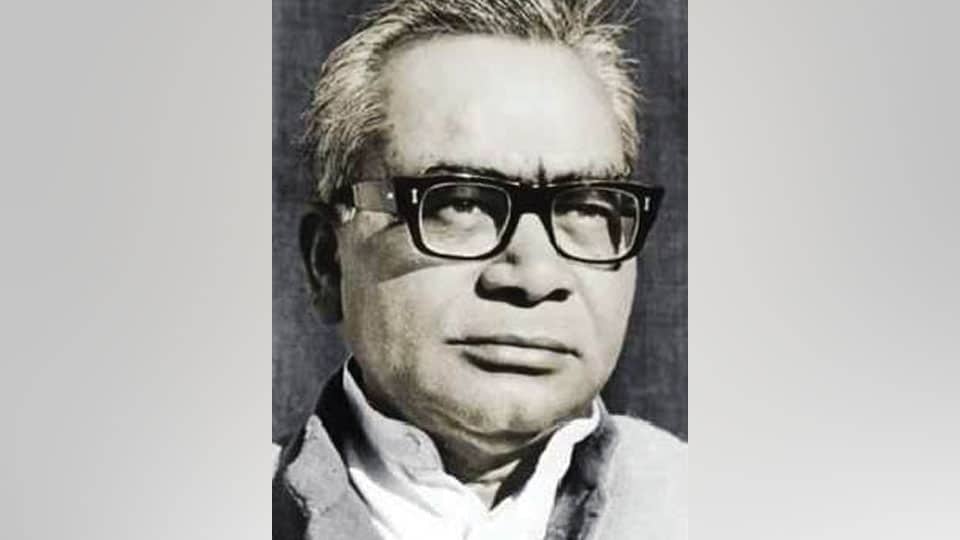 But, Lohia told the organisers to give him a chance to go on the dais and he would do the rest. As Dr. Lohia started speaking, anti-Lohia slogans started renting the air. He told the people, ‘I am very happy that you are criticising me. I am one with you on that.’ And then he started speaking about the policies of Nehru and the crowd went quiet. The protesters were obviously hired to foment trouble, he said.

“It was the beginning of the end of Nehru. China started the aggression and the brave Indian army started withdrawing mile after mile. Soon after, Nehru lay paralysed,” said the scribe.

Dwelling at length on Dr. Lohia, he said, Lohia always believed that revolution must come from below as otherwise it is the top ten to twenty people who control the country. This is the reason why Russian society became very corrupt. What happened there was a violent revolution where Stalin exterminated 30 lakh people, unlike the one in France that was not so violent, he said.

Dr. Lohia did not believe in caste and he always wanted the people from lower caste to occupy important positions. Giving an example of the leader’s understanding and tolerance, Madan Lal Hind reminisced how Lohia made a man from a dhobi caste fight elections. After he won, the man came drunk to the swearing-in ceremony. Everyone around him had a smirk on their faces. But Lohia told them, you must understand that he has come drunk because he is enjoying power for the first time. Instead of understanding his position, you are all deriding him. ‘This is an evolution and not revolution,’ is what Lohia told the other leaders, said Hind.

“If only Lohia had not died young, Indira Gandhi would never have come to power,” was the take of veteran journalist Madan Lal Hind.