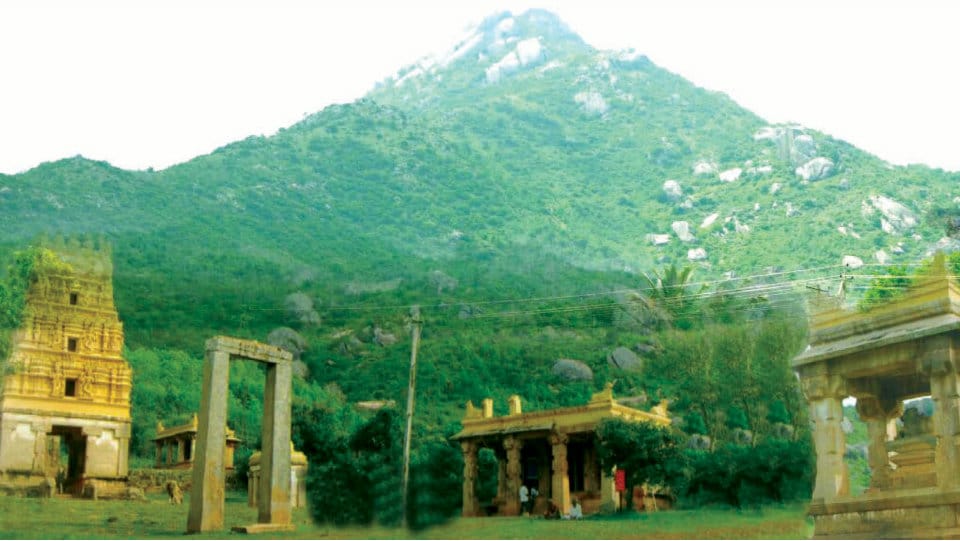 Periyapatna: Tomorrow is Balipadyami and it is a special day for villagers of Bettadapura or the “Land of Hills” as thousands of villagers gather for Deevatige Habba (Torch Festival) where innumerable torches are lit and carried across villages through the night.

The centre of the celebrations is Sidilu Mallikarjunaswami Betta that has over 3,000 steps. The hill rises to about 1,600 feet above the plain and to about 4,389 feet above sea level.

Westwards are some low ranges from which commences the great belt of forest which extends through the south-west of  Mysuru District. 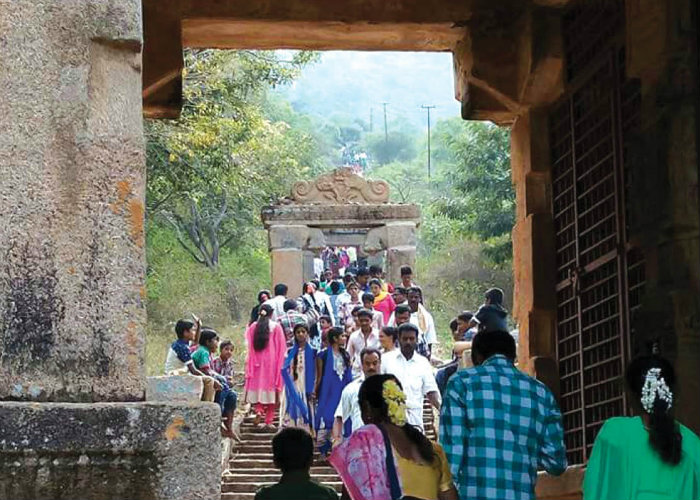 Sidilu Mallikarjunaswami Temple on the top of Bettadapura Hill is one of the hidden marvels of Karnataka. The temple was built by Cholas more than 1,000 years ago and Bettadapura is a home to the Sankethi community which migrated from Shenkottai in Tamil Nadu around 600 years ago. From Bettadapura they migrated to several other villages along the banks of Cauvery.

A significance of the temple is the fact that it is believed to have been hit by lightning around Deepavali time. Hence derives the name “Sidilu” meaning lightning in Kannada.

Also a jaatre is held once a year during Deepavali in which many people from the surrounding villages take part. 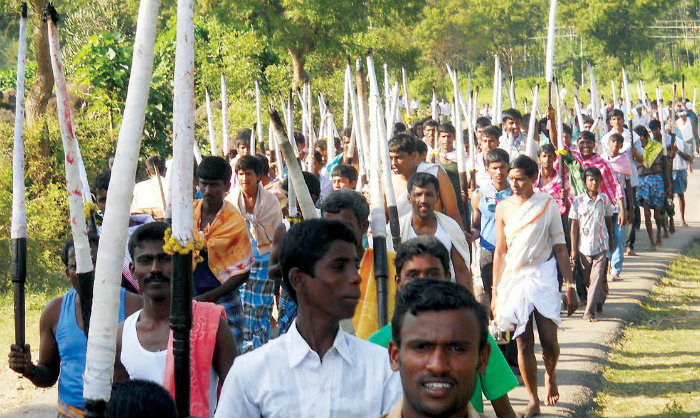 Villagers carry the torches before the procession starts

The foot of the hill hosts many temples which are deities for the surrounding villages. The devotees take a 22 kilometre procession encircling the hill with torch in their hands during the festival.

Several families including the Ursu community treat the celebrations as pious and a family affair every year and have been continuing the tradition passed on by their ancestors.

On Balipadyami day, special prayers are held at the Mallikarjunaswami Temple and idols of Bellibasava and Bhramarambha (Giriyamma Mallayya) are carried in palanquins to the villages where people from each house offer prayers. The idols are carried back to the hill temple via Bettadatunga, Barase and Kudukuru villages.

As the palanquins are brought to the villages, people welcome them at specially-decorated green “Chappara” that are set up for the occasion. While Bhramarambha idol is kept under the “Chappara,” the idol of Bellibasava is placed outside and worshipped.

After the elaborate puja ceremonies, it is time for Deevatige Festival where thousands of oiled and burning sticks are carried by the villagers. This 22-km procession with bright lights up the entire vicinity in the night and it looks like the area is on fire. 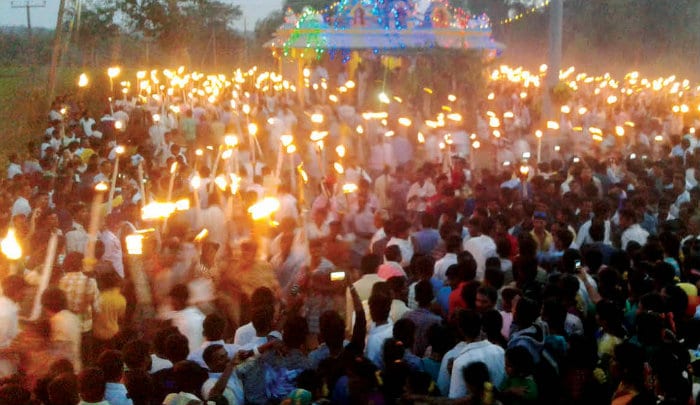 Villagers carry the torches before the procession starts

Villagers travel with the lights all through the night through the forest area and reach the Sidilu Mallikarjunaswami Temple that is located in village area (this is one more temple inside the village where regular pujas are performed) and collect all the lights to be burnt.

The torchlight that is carried during the festival is not an ordinary stick with fire on one end. The stick is either made of rose wood or teak wood, the varieties that are known for their sturdiness. Every house in the villages has such torchlights that are readied months before Deepavali. The sticks are covered with bamboo and layers of cotton clothes are wrapped around the bamboo and the stick. The cotton cloth is then oiled and participants of the procession carry their own oil containers to make the flames burn all night. The ritual of travelling through the night is performed only by male members of the family. Women folk fulfil their vows through their men.