Home » News » Dr. Rajkumar Jayanti in all districts from next year: CM 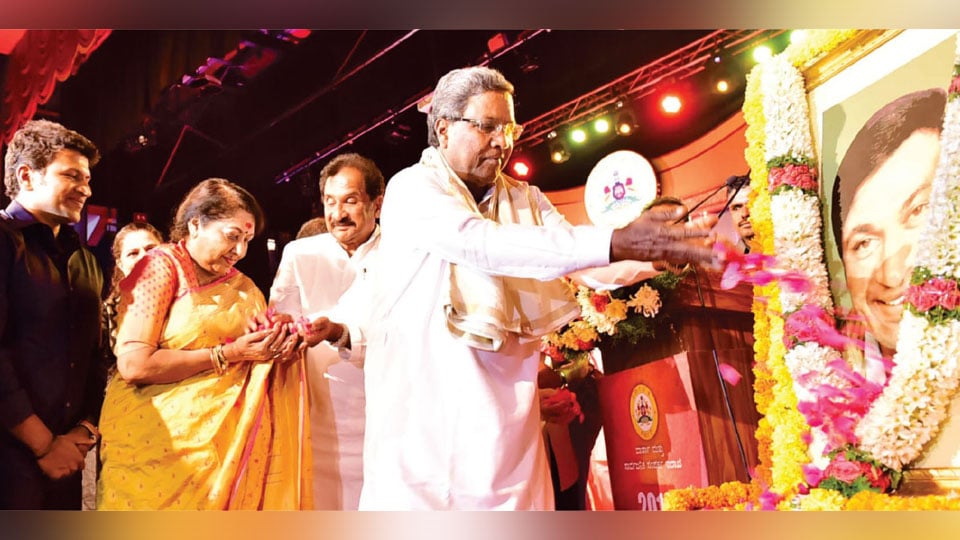 Dr. Rajkumar Jayanti in all districts from next year: CM

Bengaluru: Chief Minister Siddharamaiah has announced that from next year onwards Dr. Rajkumar Jayanti will be celebrated simultaneously in all districts in the State and a statue of Dr. Raj would be installed at every Kannada Sangha.

Speaking at the Karnataka State Annual Film awards presentation ceremony held yesterday at B.R. Ambedkar Bhavan here, Siddharamaiah said that an order would be passed in a few days regarding compulsory screening of Kannada movies   in multiplexes and the cap on ticket rates there.

He observed  that the number of Kannada movies produced were increasing but regretted that quality was not maintained. He opined that criticism do come on selection of movies for awards but contended that the decision of the selection panel was final.

Offering floral tributes at the memorial and speaking to press  persons,  Home Minister Dr. G. Parameshwara announced the Government’s decision to incorporate the life history of Dr. Raj in school curriculum to immortalise the contribution of the thespian to theatre and  movies.