Home » News » CM and Ministers get ready for foreign jaunts! 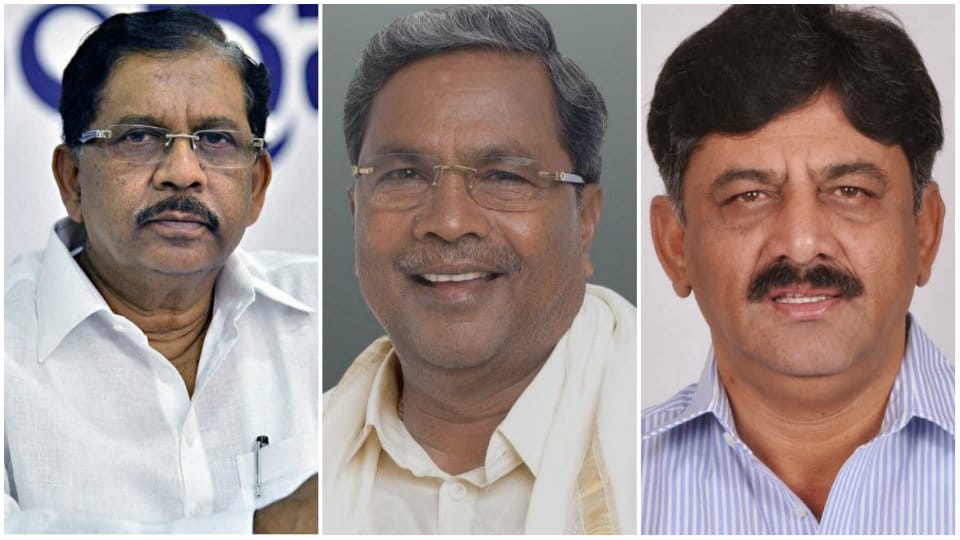 CM and Ministers get ready for foreign jaunts!

Bengaluru: When the State is reeling under drought with no fodder for livestock and labourers migrating to other places looking for greener pastures, the Chief Minister and a few other Ministers are getting ready for foreign trips which has raised criticism from every quarter of society.

It may be noted that the State Government had cancelled the proposed trip of farmers to foreign countries on a study tour citing drought and undue expenditure.

As a mockery to such a decision, Chief Minister Siddharamaiah is getting ready to leave on a four-day trip to UAE along with a couple of Ministers, MLAs and friends on Apr. 28.

As CM returns on May 1, Home Minister Dr. G. Parameshwara will be ready to leave for Australia on a week-long trip.

Energy Minister D.K. Shivakumar with family members has already gone to Canada on a ten-day trip.

For the last three years, the State is reeling under drought which is worst now and 160 taluks have been labelled as worst-hit and the Centre has been approached for financial assistance. At this juncture, the CM and Ministers going on foreign trips is just an irony receiving public wrath.