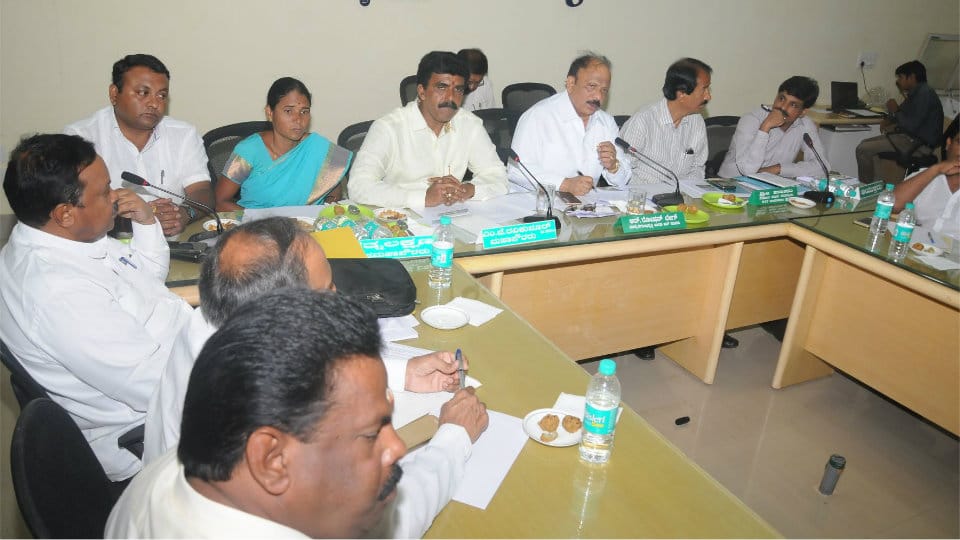 Mysuru: Minister for Urban Development Roshan Baig held at meeting of Corporators and MCC Officials at the office of Regional Commissioner here this morning to discuss civic problems in city and steps taken to address the same.

R.Lingappa, bringing the indiscriminate dumping of building debris in city to the notice of the Minister, suggested a scientific clearance of debris.

He pointed out that a tender process in that context was pending approval from the Government which should be cleared at the earliest.

Corporator Kempanna observed that fund crunch was not allowing quality check of development works which was very vital for durability. Referring to parking woes, Corporator Girish Prasad suggested that J.K. Grounds should be converted to accommodate Sub-Urban Bus Stand. He also suggested the shifting of K.R. Hospital and Mysore Medical College where all the Government offices could be accommodated.

The meeting was on when we went to the Press.