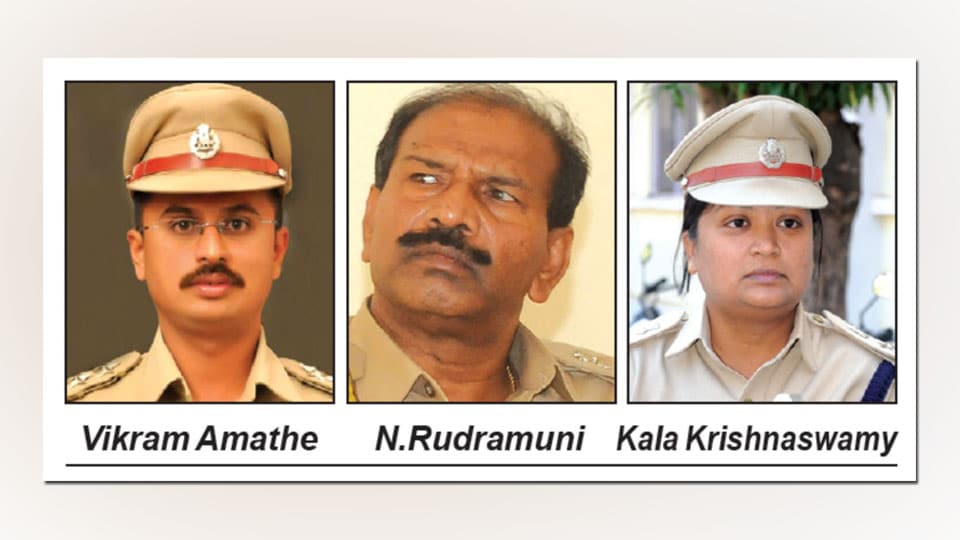 Mysuru Sub-Division Dy.SP Dr. Vikram V. Amathe has been promoted and posted as DCP (Crime and Traffic) of the city in place of N. Rudramuni, who has been transferred as Mysuru District Additional SP.

Inspector G.N. Mohan, who had earlier served in the city for many years and currently serving as DCRB Inspector at Karwar, promoted and posted as Dy.SP, ACB.