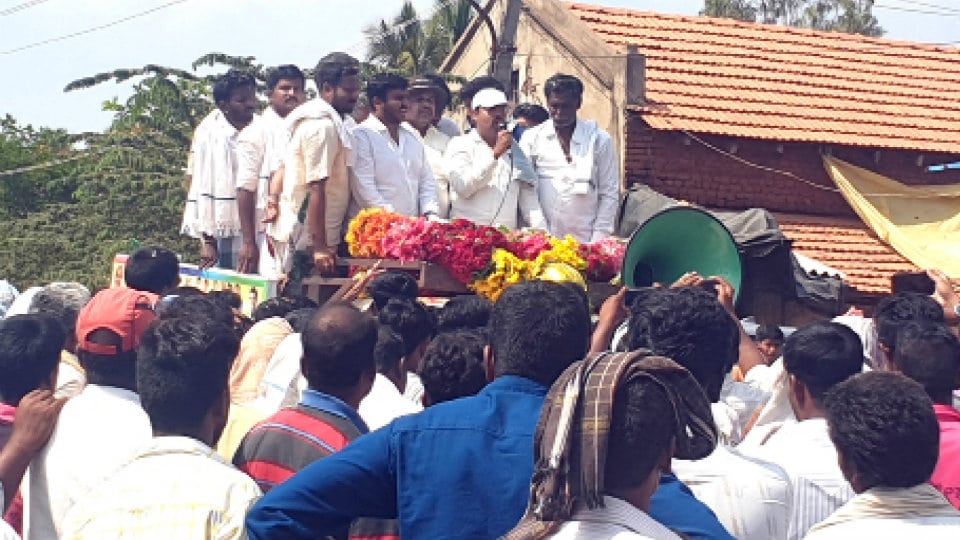 Dr. Yathindra appealed party activists to sink their differences and support Nikhil. He claimed that such a joint support would help the coalition candidate to emerge victorious. He reiterated that former CM Siddharamaiah had announced full support from Congress for Nikhil.

Harish Gowda recalled the contribution of CM Kumaraswamy for development works in Mandya district. He sought full support by the coalition for Nikhil.

‘I’m confident of my victory’

Coalition candidate Nikhil Kumaraswamy, who spoke to reporters after garlanding the bust of Dr. B.R. Ambedkar near DC’s Office here yesterday, said that he is confident of his victory and this has doubled after the CLP leader Siddharamaiah and his son Legislator Dr. Yathindra campaigned in various parts of Mandya LS constituency. He said that he is overwhelmed by the support and affection shown by people of Mandya which has boosted his confidence.

Dr. Yathindra, who was accompanied Nikhil, said that he and his party have been making all efforts and working sincerely to ensure Nikhil’s victory.

Answering to a query on joint canvassing of Siddharamaiah and  Minister G.T. Devegowda in Chamundeshwari Assembly segment in Mysuru, he said there is nothing new bonhomie between these two leaders joining together to defeat their common political rival to keep the communal forces at bay.

“Moreover, both Siddharamaiah and GTD are friends from many years, but they contested in polls from different parties depending on the then political situation, but now in the changed political situation, coalition party leaders are now canvassing jointly for the victory of their candidates,” he added.