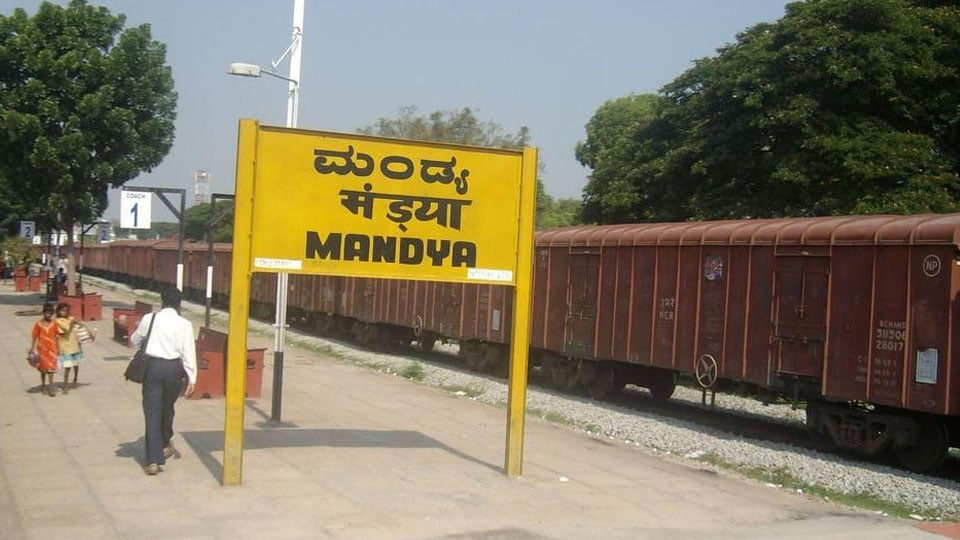 Mandya: Film stars contesting elections are quite common in the neighbouring States like Tamil Nadu and Andhra Pradesh. But there is a close connection between Kannada film industry and Mandya Lok Sabha Constituency that has witnessed colourful personalities — either film actors themselves contesting elections or a large number of film personalities campaigning for the candidates in this sugar belt Constituency.

This 2019 Lok Sabha election too is no different from earlier with top two candidates coming from Kannada film industry aka Sandalwood — Nikhil Kumaraswamy, son of Chief Minister H.D. Kumaraswamy, from the JD(S)-Congress coalition and multi-lingual actress Sumalatha Ambarish, an independent candidate backed by BJP and others.

It is a well-known fact that Kumaraswamy was also a film distributor and producer before entering politics and becoming two-time CM. Besides, Sumalatha’s late husband Ambarish was the ‘Rebel Star’ of the Kannada cinema.

In fact, Ambarish was the most popular face from cinema world to represent the people of Mandya in the State Assembly as well as in the Parliament. He served as the Minister in both State and Centre. He was also well-known for mediation efforts and has resolved various film industry issues.

Earlier, Ramya, a popular actor, won the Mandya by-election in 2013 but lost in the 2014 General Elections. The by-poll was necessitated following the resignation of the then MP N. Cheluvarayaswamy, who returned to State politics. Even Cheluvarayaswamy of the JD(S), now a Congress leader, has produced the film ‘Happy Birthday’ with his son Sachin in the lead role.

The term 1984 – 1989 was held by K.V. Shankaregowda. Entering politics from freedom struggle, he strived for the development of Co-operatives and Educational institutions. However, his love for literature and his creativity brought him closer to theatre and film personalities.

READ ALSO  More rowdy-sheeters to be externed from Mandya

He was the writer, director and producer of ‘Koodi Balona.’ His son K.S. Sachidananda, who was also an MLC, later produced two films ‘Hosaneeru’ and ‘Sankranthi.’ In fact, Ambarish, who was born and brought-up in Mysuru, came in contact with Mandya through Shankaregowda.

One time queen of Sandalwood Ramya served for a short-term in Lok Sabha representing Mandya from 2013 – 2014. Another multilingual actor Rakshitha, a contemporary of Ramya in the film industry, was in circulation during the 2013 by-poll and also during the 2014 General Election to be pitted against Ramya. Rakshitha is married to film director Prem from Nagamangala taluk, under Mandya LS Constituency.

Interestingly, even the present MP L.R. Shivaramegowda is related to the glamour world. His daughter Bhavya Gowda was Miss Earth (Midlands UK) in 2010. She won the title Miss Colombo Queen in 2013. Bhavya also pocketed the ‘Living Doll of the World’ title given by the World Bridal Association. She has acted in a few documentaries in the UK and also in a few music albums.

This election, campaigning has been on the high voltage in Mandya Constituency with Kannada film industry’s leading actors like Darshan, Yash and others vouching support to Sumalatha Ambarish and are moving around the Constituency drawing large crowds. Last but not the least, Sumalatha-Ambarish’s son Abhishek Gowda, who has just forayed into Kannada film industry, too has joined the bandwagon in garnering support for his mother as it is a do-or-die situation and also a prestige issue to win Mandya LS seat.